These 10 Celebrities Swear by Cryotherapy

Cryotherapy is an extreme method of cold therapy that involves exposing the body to temperatures ranging between -140 to -230 degrees Fahrenheit for two to three minutes.

Cryotherapy has several benefits such as reducing inflammation and speeding up the muscle repair process.

In the recent years, cryotherapy has become increasingly popular, especially among celebrities. Here are some of the celebrities that swear by cryo. 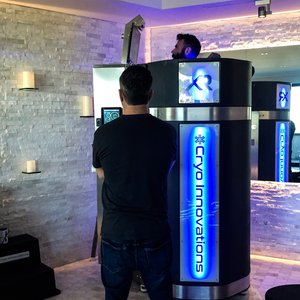 To the left you can see Dan Bilzerian chilling inside his XR cryosauna.

Learn more about the benefits of cryotherapy, find out how you can provide cryotherapy services, and read the guide on the cryotherapy business.