Or why traditional knowledge of advertising and consumer behavior will be pivotal in how good website content is created!

Search engine optimizers have been trying to reverse engineer everything that Google does or puts in its updates to get their websites to rank on page one of Google, virtually from the time that Google became a successful search engine.

At the same time, Google has been moving deftly and with speed to keep making changes to its algorithm, both big and small, that impact how it serves up results to a searcher’s query. According to Search Engine Land, in 2018 alone, Google made 3200 changes to its algorithm. Contrast that with 2010, when the number of updates was between 350 and 400.

This search for the holy grail of page-1 rankings has seen SEOs use all kinds of optimizing techniques, Black Hat, White Hat, and everything in between. Google has kept the SEO world in effervescence by continually changing its algorithms. It has also moved inexorably towards a position where the results that it serves up are based more and more on the demonstration of domain Expertise and Authority by the website, and upon Trust demonstrated in the website by users. Google’s algorithm modifications have generally moved in the direction of rewarding quality.

In a conversation on March 6th, earlier this month, Google’s John Mueller when asked, “What is quality content for Google,” responded :

“I wouldn’t worry too much about what Google thinks about quality content. But rather, you need to show that you really have something that is unique and compelling and of high quality.”

As Mueller elaborates his response, he goes on to say:

“So instead of trying to work back how Google’s algorithms might be working, I would recommend trying to figure out what your users are actually thinking and doing things like user studies, inviting a bunch of people to your office or virtually to show them something new that you’re providing on your website and ask them really hard questions where sometimes the answer might be we don’t like your website, or we were confused by your website, or we don’t like the color of your logo or something.”

Google’s suggestion is an approach to content quality that involves exhaustive customer insights and in-depth knowledge of consumer behavior based on actual customer interactions and not the manipulation of content on a page, adding links, and running various optimization loops.

While technology will still lead the SEO practice, this approach to content quality is more suggestive of Madison Avenue creative skills and copywriting. A strategy in which good advertising is approached with the customer genuinely understood and firmly in mind when communication is created.

David Ogilvy, one of the advertising greats of the 20th century, is supposed to have remarked in what became advertising folklore of the last century that “The customer is not a moron. She’s your wife”. His remark came in response to traditional 1950s and 60s advertising techniques that involved a manufacturer’s mindset, and a hectoring tone of delivery of the message. His logic was that the customer was intelligent, capable, and aware, and should be treated as such by the brands and their advertisers.

Google’s algorithm updates leading up to Hummingbird are directionally similar. Their ask seems to be simple – create content for human beings and not for machines.

A brief history of major Google algorithm updates of the past decade:

The role of the Panda update was to be a filter beyond the actual rank algorithm of Google. It intended to penalize websites loaded with thin content pages or had multiple pages of duplicate content.

It also penalized websites that relied on low quality farmed content. These websites essentially paid a host of content creators to create sub-par, thin content that was stuffed with keywords to rank for those keywords.

The Panda updated also penalized websites that used low-quality user-generated content, as well as websites or pages on the sites that had a low content to ad ratio.

So, who was Panda supposed to reward? Websites that focused on quality content would now be rewarded in Google’s organic search results. Simultaneously low-quality websites would be penalized, and their search ranking diminished considerably.

In Google’s own words, this algorithm update was going to noticeably impact about 12% of all English language websites at the time.

Panda’s impact was so significant that within a year of its launch, it was integrated by Google into its core search results algorithm.

Penguin was the update that destroyed websites that used manipulative link techniques and keyword stuffing on pages to rank higher. This update too, was designed to rewarded high-quality websites.

Why was Penguin needed?

Google uses backlinks, pointing to a website as an indication, very broadly, that the website is a trusted source of information. The backlinks are the rough equivalents of votes that signify the degree of Trust that the website enjoys.

Manipulative backlink creation involves merely buying backlinks from other domains or using spammy techniques to create backlinks from say internet forums. This technique could also include getting contextual backlinks from websites that have nothing to do with the category of the website obtaining these links.

For example, a home renovation website that buys links from medical supply websites.

Google uses the presence of keywords on a page as a sign that the website could provide a relevant answer to the searcher’s query.

Keyword stuffing sometimes demonstrated (and sometimes still does) acme level creativity in spinning content to a level that is barely readable by humans. An example of keyword stuffing could be the following two-sentence pitch for a Plumber on his website:

These 2 sentences together have the keyword “Toronto Plumber” mentioned 5 times.

In summary, Google created its Penguin update to prevent websites from obtaining a large number of low-value links and stuffing their pages with keywords to leap to the top of keyword rankings.

In 2016 Google made Penguin a part of its core search engine ranking algorithm.

The primary objective of the Hummingbird algorithm for Google was to understand better; a user’s search query. Bill Slawsky, who writes about Google’s patents, writing in a 2013 post in seobythesea.com explains that Google’s Hummingbird patent is designed to help Google read and understand a natural language query. As an example, he offers that if a customer was to query “What is the best place for Chicago style Pizza,” then Google will understand that when the searcher asked for ‘Place,’ the intent was likely to mean ‘restaurant.’ Google would accordingly serve up relevant restaurant results for this query.

The root of this algorithm change is Google’s effort to understand the searcher’s intent even when the words in the query do not directly match the words on the page. Or in a nutshell, what this algorithm change means is that Google is signaling to website owners and webmasters that they should try and create content that answers their customers’ queries instead of just focusing heavily on keywords and links to obtain ranking.

There is consistency in these three updates. Google’s clear message to website owners and webmasters is that you should create quality content that provides information of value to the searcher and fulfills search intent.

And to quote David Ogilvy again; words almost prescient about the challenges of digital communication:

Watch John Mueller in the Google Hangout. The interaction referenced here begins at 26.41 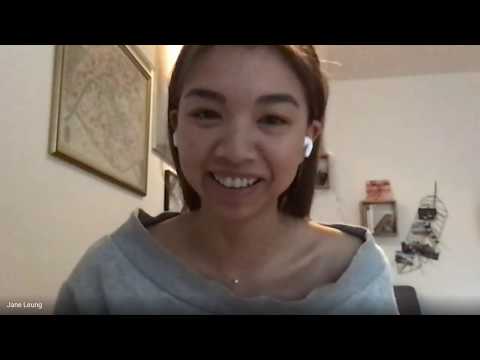