“You, My Friend, Are a STARTER, Not a FINISHER…”

When he called me out from the stage and answered my question with this (true) statement, it really ticked me off … But it was a turning point in my business life!

He was talking about content creation and productivity. You know, getting stuff done. Sitting in the first row, I whined, “Yes, but my problem is that I have too many ideas and too little time with a dozen projects, and all of them about 80 percent complete.” 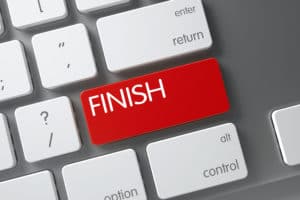 He looked me square in the eye, and said, “You, my friend, are a STARTER, not a FINISHER.” In front of God, and the other 50 people in that room, he had announced my number one issue, put a neon flashing light around it, and hung on the off ramp in Austin, TX for everyone to see. I was a wannabe, not a doer. And I knew it. And I was not happy about it. But I heard it – loud and clear. And I couldn’t get it out of my head. That was Craig Perrine who called me out. He’s a nice guy, but he didn’t pull any punches either. I was expecting some coddling. He was having none of that.

“You, my friend, are a STARTER, not a FINISHER!”

Embarrassed? You bet. Hurt? Absolutely. Angry? Oh, you have no idea. Motivated? Like you wouldn’t believe. I would never, ever be called a non-FINISHER again.

Now, I earn more than that on a very regular basis… So, how did being humiliated publicly at a marketing event motivate me to be successful? First, I’m sure Craig didn’t mean to humiliate me. I was humiliating myself. Stick with me and I’ll tell you the story. I bet you’ll see a bit of yourself here. And if you do, I hope you’ll let me be the one who kicks your butt a little so you too can make that big jump to becoming successful… From 2003 to 2005, maybe one of the longest periods of my life, I had decided that I might start doing business online. Notice, I wasn’t fully committed, even though I thought I was. I read, studied, listened and totally immersed myself in learning the processes behind making money online. Learning… But not doing… Well, doing just enough to stay in the game, but not really enough to put myself out there and compete on the playing field. This was not the first time I bailed on a project because of “fear of completion.”

It’s easy to start. Not so easy to finish. And really easy to quit…

My dream was big. . .make enough money to quit my corporate consulting gig and build an online, multi-million-dollar publishing empire. That seemed out of reach to me, even though I met people everyday who were chucking the daily grind for The Portable Empire as Pat O’Bryan was calling it back then. Yet, I couldn’t make enough to support my habit of buying way too many ebooks, software tools and memberships. Discouraged, I was fast becoming broke. My wife, ever the brilliant one, said, “David, when is enough? You know enough already.” My thinking shifted because Craig Perrine had the brass to tell me the truth.  And the truth was just enough to jump me into the $1000-per-week success crowd long ago. He’s a really nice guy. Cherubic face with fair skin and sandy blonde hair, he had a happy, go-lucky perpetual little-boy look. Soft-spoken and professionally dressed in a navy blue suit back then, you wouldn’t expect him to break your heart. But he broke mine… and thank goodness for that. Craig was one of the featured speakers at Pat O’Bryan’s UnSeminar in 2005 or 2006 along with Joe Vitale, Bill Hibbler, Jillian Coleman, Nerissa Oden and Ray McNally. Known as a master listbuilder, I expected Craig to talk about the usual ways of driving traffic to your site: PPC campaigns, joint ventures, affiliate programs, working the forums, and setting up squeeze pages. But he surprised me by talking about relationships. Those were the Wild West days of Internet Marketing when almost anyone could build a list and use it as your personal ATM machine to extract money. Or at least, that what they said.

Focusing on relationships to build your business seemed…unnecessary.

But Craig specialized in being personal and real with his subscribers. They knew him – and his family — because of his writing. So, when he stepped to the stage and began talking about the inner game of marketing – you know, getting your mind right and fighting your own self-limiting demons before you try to convince potential buyers that you’ve got it all together — I was all ears. 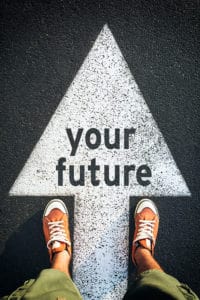 This was exactly what I’d been struggling with for a couple of years. And it surprised me to hear someone so successful talking so openly about it. From my seat in the front row, I felt like he was talking to me, his newest friend. I could confide in him … he seemed so sympathetic and gentle. “I am so confused and scattered,” I said. “I’ve got so many projects started…” Listen readers, I hear you. With a gazillion marketers coming at you with a thousand, panting, “gotta-have-this-now” messages, you may feel like I did that if you didn’t read each e-mail or buy each tool, you’d miss the one that contained the secret. Surely Craig would share the secret key that would unlock the vault to online riches! He was my new friend. We’d made a connection. Instead, he told me what I didn’t want to hear.

His answer really ticked me off… No Guru, no coach, no program, no software – nothing would help me build my online business until two things happened:

Remember, I had made very few sales because I had nothing to put in the marketplace.

But Craig’s admonition motivated me to make some serious changes. The result was $1112 in three days. That was my first $1000 week. I’d made some money here and there, but nothing consistent, concentrated or predictable. After spending nearly $22,000 on ebooks, programs, software, and teleseminars, and becoming discouraged and dog-tired, I began to believe that online marketing was a hoax. The $1000 week changed that too. It was followed by another $1000 week! That’s great, but it wasn’t life-changing money. I wanted life-changing money!

Craig wasn’t the only player in my personal drama.

Mark Hendricks was another. My first mentor, Mark helped me tremendously. About the same time as Craig was delivering the truth, I had asked Mark, “When am I going to make money?” In typical fashion, and like any good coach, he responded to my question with his own question. “When will you decide to?” 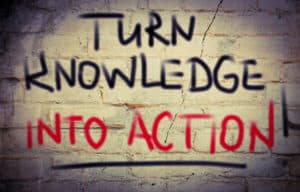 I was armed with two challenges, both of them containing the exact truth I needed to hear when I was ready to hear it. And I’ll always be grateful for both of those guys. But I’m truly grateful that I was able to hear it and not run from it. When I asked people their level of commitment today, the standard answer is that I’m absolutely committed. But in reality, most people don’t even know what that means. Being committed means that you’re willing to be in the game for the long haul, that you’re willing to listen to the people who’ve  been there and done it before you, and that you’re willing, above everything, to be teachable — NO MATTER WHAT. If you fail, you learn from it and try again. If you get discouraged, talk to someone who can help you out of it. If you don’t know the answer to a technical issue, you learn how to use Google to figure it out. If you’re confused about your purpose, you create a roadmap to success that reflects who you are at your core. No matter what, you never give up. You may adjust. You may adapt. You may even get a job to improve your finances. You may even keep your job because you want more consistency in your finances.

But you’ll never give up. That’s commitment.

One of my favorite movies from the 1980s is Body Heat with William Hurt (as Ned Racine),  Kathleen Turner (as Matty Walker), and Richard Crenna (as Edmund Walker).

Ned is obsessed with Matty, but Matty is married to Edmund Walker. Luckily, Edmund travels a lot, and Ned and Matty find a lot of time together. In a scene that I’ll never forget, Ned walks into a restaurant because he sees Matty and is invited to sit with she and the man who turns out to be her husband, Walker. This is the conversation (From Lawrence Kasdan’s 1980 screenplay, Body Heat):

Again Walker takes off his glasses. He holds them up to the light and then rubs them again with his handkerchief.

He puts his glasses back on, stares at Racine.

Racine looks at him in silence for a moment.

After that conversation, Racine was willing to do whatever was necessary. Watch the movie to find out what that was… I won’t spoil it for you. It’s a great movie.

Until I was called a STARTER, I was not willing to do what was necessary!

So when people come to me frustrated, moaning about their situation, I do have a lot of sympathy for them, because I’ve been there and I understand how terrible it feels. But the biggest gift you can get is the truth. And that someone must be the person who puts the truth in your face just as it was put in my face. If you’re not willing to put in the work, to do whatever is necessary to be successful, then it’s not going to happen. And that’s the truth. Doing business today, online or offline, is not easy. Most people will tell you that it is. I won’t. The easy thing is to always give up. Those who don’t are the winners. They are the ones who go to the bank every week and increase their account with this week’s earnings of $10, $100, $1000, and more. Comment below if you have a different idea about commitment, or an experience which has enabled you to see the truth. 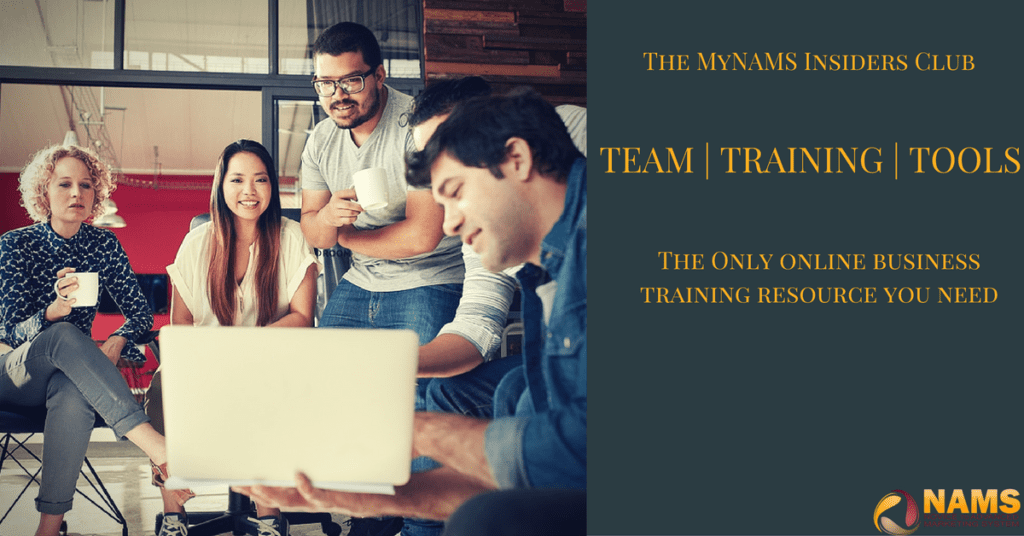