Top
ArticleCity.comArticle Categories Long Term Effects of Paxil: What You Should Know

Long Term Effects of Paxil: What You Should Know

Paxil (paroxetine) is a prescription medication used to treat multiple mental health conditions. It is an antidepressant that falls under the umbrella of selective serotonin reuptake inhibitors (SSRIs). Paxil’s mechanism of action is to inhibit the reuptake of serotonin to increase the activity of serotonin in certain areas of the brain. Researchers have theorized for 50 years that antidepressants can correct a deficiency of serotonin that is the postulated cause of the person’s depression. This theory has never been proven. 10 Paxil is commonly prescribed to individuals dealing with depression, anxiety, and other disorders.

What Does Paxil Treat?

Paxil is one of the most prescribed medications used to treat depression, including major depressive disorder, and is the most potent serotonin reuptake inhibitor (SSRI). 1 Major depressive disorder is a mental health disorder that involves a persistently depressed mood or a general loss of interest in activities a person once enjoyed. This can greatly impair a person’s daily life.

Depression can be caused by a combination of social stress, biological, environmental, and physical factors. These factors can lead to a range of behavioral and physical symptoms. This can include changes in sleep, reduced energy levels, increased or decreased appetite, and decreased ability to concentrate. It can also impact a person’s self-esteem and lead to thoughts of suicide. “Anxiety disorder” is a blanket term for several mental health conditions, which includes generalized anxiety disorder (GAD), social anxiety disorder, and more. GAD involves feelings of worry, fear, or anxiety that are intense enough to interfere with daily activities. Common symptoms involve feelings of stress that are out of proportion to the event causing the stress. It can also include a fixation on a worry that can’t be set aside, causing feelings of restlessness and an inability to relax. Paxil is often prescribed for anxiety disorders. 2

Paxil can be prescribed to help relieve symptoms associated with panic disorder but should only be used on a short-term basis.3 Panic disorder is an anxiety disorder that involves unexpected and repetitive episodes of extreme fear. This fear is usually accompanied by physical symptoms that can include shortness of breath, dizziness, chest pains, and heart palpitations.

OCD is an anxiety disorder that involves excessive, overwhelming thoughts that lead to repetitive behaviors. These thoughts tend to be unreasonable and often persist until the compulsive behavior is achieved. The most well-known manifestation of OCD centers around a fear of germs or a need to keep objects in a specific place. Other people experiencing OCD may feel the need to check certain elements of the home repetitively, such as light switches, stove burners, and doorknobs, or perform actions multiple times in an effort to keep themselves and loved ones “safe.” Symptoms begin gradually, and the severity of the symptoms can vary throughout life. Some behavioral health specialists prescribe Paxil to treat OCD.

PTSD is an anxiety disorder suffered by individuals who have difficulty recovering after experiencing or witnessing a traumatic event and can be extremely debilitating. This condition is triggered by persistent, invasive memories, or triggers that bring back memories of the event, causing intense emotional and physical reactions.

These can take the form of nightmares, avoidance of certain situations, heightened reactions to stressors, and symptoms of anxiety or depression. PTSD is often associated with military service, but it can affect anyone after a traumatic event like an assault, motor vehicle accident, childhood trauma, and more. For example, in recent years, there has been an increase in diagnosis among healthcare workers dealing with the COVID-19 pandemic.4

PMDD is a severe form of premenstrual syndrome. It is no surprise that a woman goes through hormonal changes as she nears menopause. This hormonal disruption can cause significant behavioral and physical changes usually resolved with the onset of menstruation, but this isn’t always the case. This disorder can cause severe mood shifts that can occur suddenly, including extreme sadness, hopelessness, irritability, and anger.

All the above conditions are approved qualifiers for Paxil prescriptions, and medical and mental health professionals often turn to SSRIs like Paxil as a way to provide both short and long-term relief from the variety of symptoms associated with these conditions. Like other SSRIs, Paxil is advertised as an agent to help the brain find a healthy balance of serotonin, a naturally produced neurotransmitter critical for maintaining proper communication in the brain. Despite the popularity of Paxil, this drug-based-serotonin-hypothesis has never been substantiated. If the body is not producing adequate hormones, no drug can fix that problem, whereas a corrected diet that supplies the necessary precursors to hormone production can be an effective alternative to drug-based treatment.

Paxil can have some unfortunate side effects that may outweigh any perceived benefits. Since Paxil is a commonly prescribed medication, it is important to know the effects of introducing this drug to your body.

Like most antidepressants, Paxil comes with a long list of warnings, potential side effects, and drug interactions. 6 For example, Paxil can be dangerous if used by a person already taking pimozide or thioridazine, medications often used to stem physical or verbal tics. However, even users who are not taking other prescriptions can experience negative outcomes with Paxil use.

Serious conditions caused or exacerbated by Paxil use may include:

Young people need to be especially careful with Paxil, as the risk of experiencing thoughts of suicide when first taking an antidepressant 7 is increased in teenagers and young adults. Pregnant individuals could also experience issues affecting the baby, such as serious lung problems and other complications. For this reason, women should not breastfeed when taking Paxil.

Paxil use also comes with the potential risk of serotonin syndrome. This is a condition caused by a build-up of high levels of serotonin in the body and marked by diarrhea, chills, fever, and even seizures and muscle rigidity. It is important to let a doctor know if you are taking stimulant medicine, opioid medicine, herbal products, or other medicines used to treat depression, Parkinson’s disease, and migraine headaches, as these medications combined with Paxil can cause serotonin syndrome. 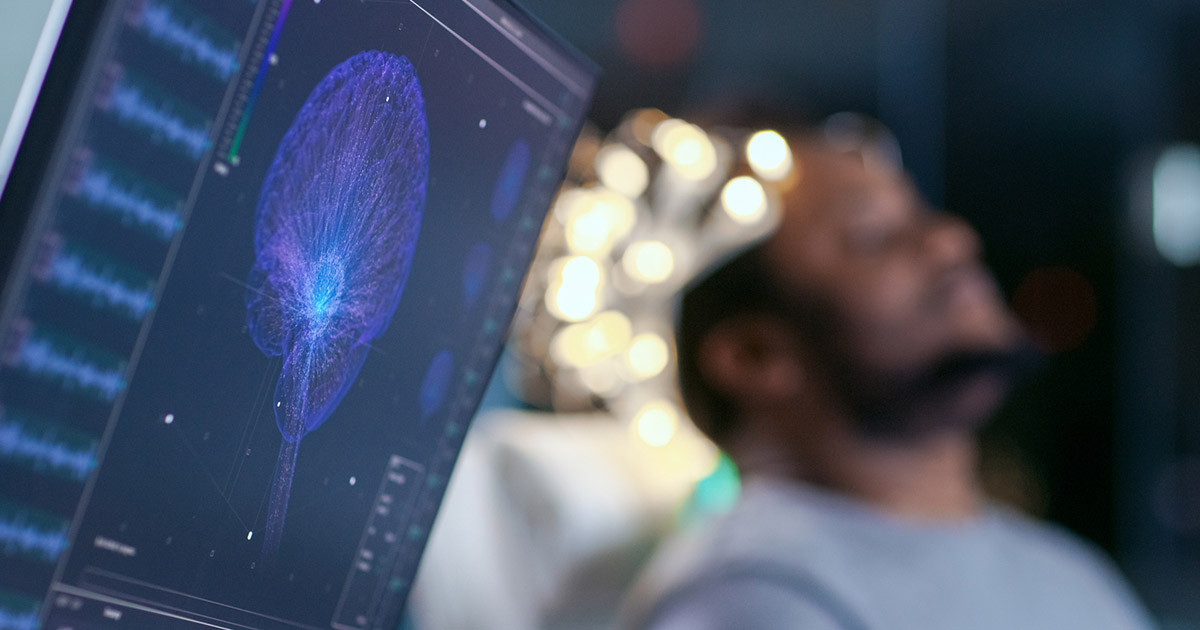 It is critical to monitor side effects of any prescription early and often since negative impacts often show themselves early on with proper Paxil use. However, some side effects may take months to begin occurring. If you are currently taking Paxil, monitor your concerns and contact your medical professional to ask about a gradual taper to zero if they persist or become worse. Potential side effects include:

Certain side effects can cause more serious health concerns if ignored or dismissed and can be extremely detrimental to your health. It is important that if you experience any of these symptoms that you contact their medical professional as soon as possible. These symptoms include:

Is Paxil a Long-Term Drug?

When they were created, antidepressants were not meant to be used for extended periods of time. In general, antidepressants are intended for use approximately nine months following a depressive episode, and a maximum of two years of overall use. However, an increasing amount of people are now relying on antidepressants long-term. Exactly how SSRIs and SNRIs work to address neurotransmitters—and how they impact the brain long-term—is not known, and many researchers are reluctant to approve them for long term use, or at all. 8

Long-term Paxil use affects everyone differently. Some individuals may experience severe side effects, such as bleeding in the stomach or brain that can lead to ulcers or stroke. Paxil also comes with an increased risk of epileptic seizures. With these risks in mind, most people should not consider Paxil and other antidepressants as the first choice treatment option for depression and other mental disorders, especially long-term.

When Should You Seek Medical Treatment for Paxil’s Effects?

How Long Do the Effects of Paxil Last?

The period of time the effects of long-term Paxil use will last can vary. Unfortunately, some individuals suffer extreme, long-lasting effects even after withdrawal from Paxil.

In some instances, withdrawal symptoms can continue for up to one year. There are some indications that long-term use can play a role in how long symptoms persist. Unfortunately, those experiencing untenable side effects or lingering withdrawal symptoms restart the medication to relieve these debilitating withdrawal symptoms. Sometimes a physician will misdiagnose this as a return of mental illness, and resume the person’s prescription or even add other medications to their regimen. This decision may prolong and worsen one’s mental health.

Symptoms of Paxil withdrawal include:

If you are currently taking Paxil and would like to stop, it is important to create a gradual plan with your doctor. Paxil disruptsthe chemicals in your brain, and abruptly stopping can cause side effects that are uncomfortable, and sometimes even life-threatening. A doctor can help you gradually lower the dosage amount over a period of time to reduce or prevent the shock of abrupt withdrawal. This process is referred to as tapering. A full taper to zero can take weeks or months depending on the individual. There are several viable alternative options available for treating mental health conditions such as depression, anxiety, OCD, and PTSD. Lifestyle changes, corrected diet, rehabilitation of the gut microbiome, neurotoxin removal, supplementation with herbal and other natural remedies, cognitive behavioral counseling, and many other non-pharmaceutical therapies should be considered before beginning a treatment course that includes SSRIs like Paxil. Clinically proven effective alternative options also include physical exercise, acupuncture, music therapy, life coaching, stress-reduction techniques, and countless other techniques aimed at addressing mental health conditions without the risks of prescription drugs.