What is the May Melee?

Originally Posted On: What is the May Melee?

Major changes have been made to the Overwatch League this year. Changes to make this competition even more exciting and fun than in previous years. What is the May Melee?

First of all, the Overwatch League this year was divided into two regions: East and west. In the east there are the 8 Chinese and Korean teams, the Chengdu Hunters, Guangzhou Charge, Hangzhou Spark, Los Angeles Valiant, New York Excelsior, Philadelphia Fusion, Shanghai Dragons, and Seoul Dynasty. 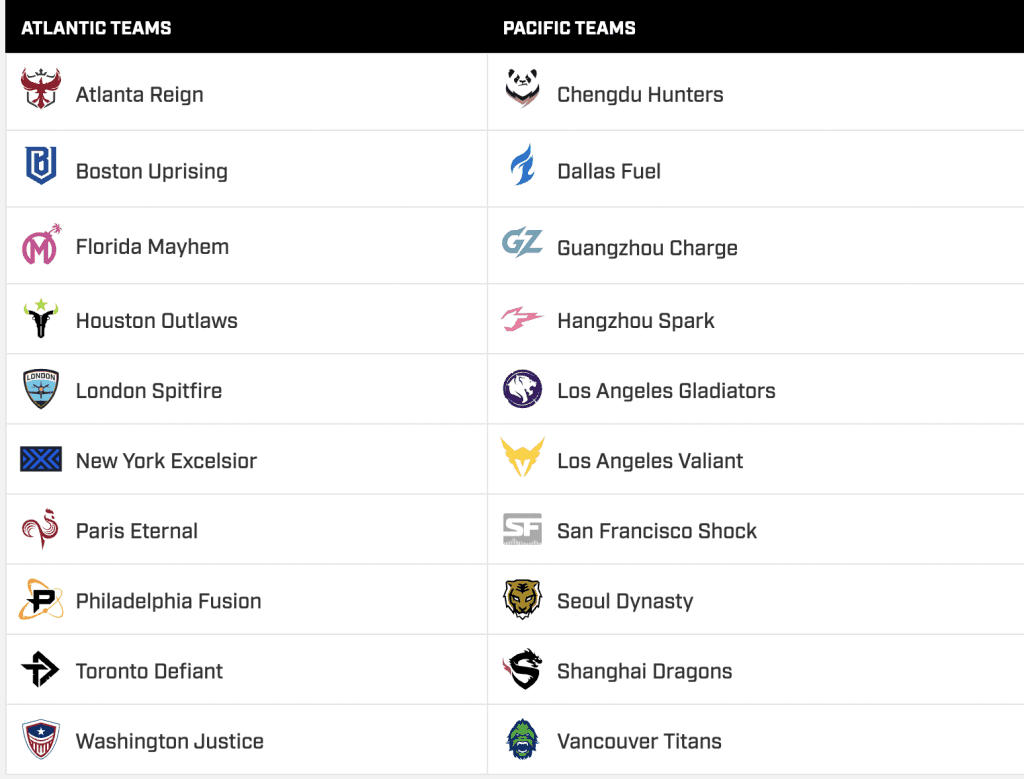 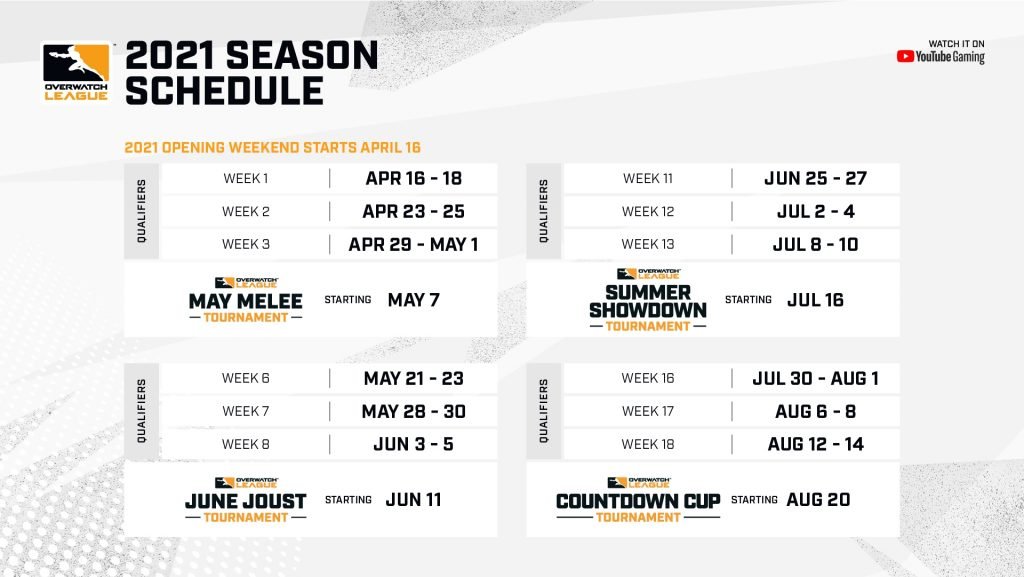 The other big difference from the past is that the Overwatch League will consist of 4 tournaments: May Melee, June Joust, Summer Showdown, and The Countdown Cup. The first will be May Melee.

What is May Melee?

The first tournament will be the May Melee which starts on April 16th. Each team from both groups will play 4 games to qualify for the final tournament. The qualifiers will start on April 16th and end on May 1st. Then the tournament playoffs will start. In the West group the top 6 will qualify for the playoffs, in the East the top 4. The teams qualified in the West will have to play an elimination tournament and only the top 2 will go through to the final phase of the tournament.

In the East, on the other hand, the first 4 teams will face each other in a payoff that qualifies the first 2 that will clash with the first 2 of the West. 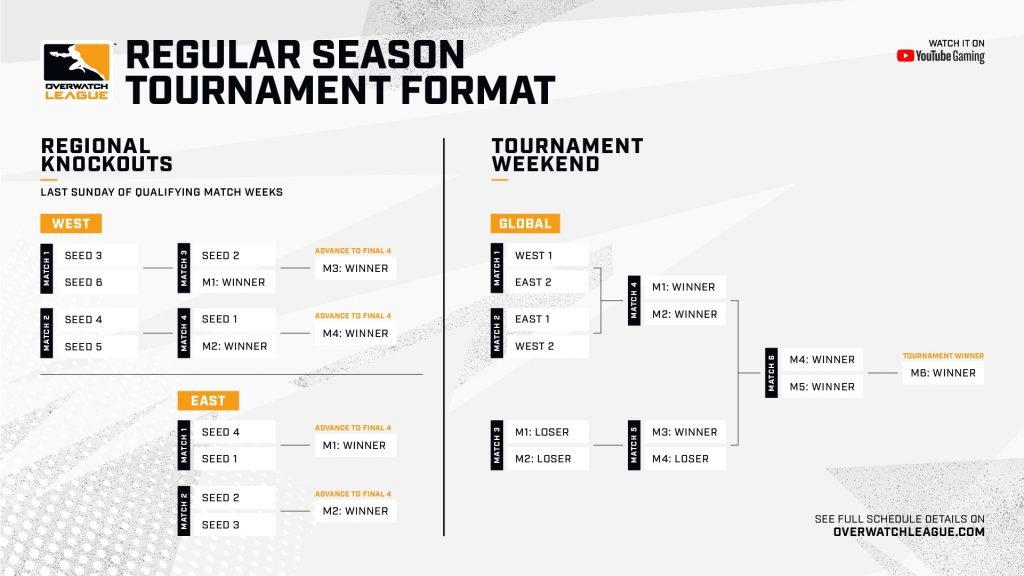 Where will it be played?

Qualified West teams will fly to Hawaii where they will challenge those from East who will stay in Asia via a router connected directly to Asia. In the event of a worsening of the Coronavirus situation, the tournament could undergo changes.

Points for the ranking

There are lots of news in the new season of Overwatch, but they don’t end there. In fact, even the scoring system will change completely. The ranking will no longer be determined with the American system or wins and losses but will be determined by points.

The prize pool will also change from the past. Each of the 4 tournaments will award the winner with an important prize but obviously the most important one will be given to the winner of the end-of-year playoff. The total prize pool this year will be $ 4,250,000 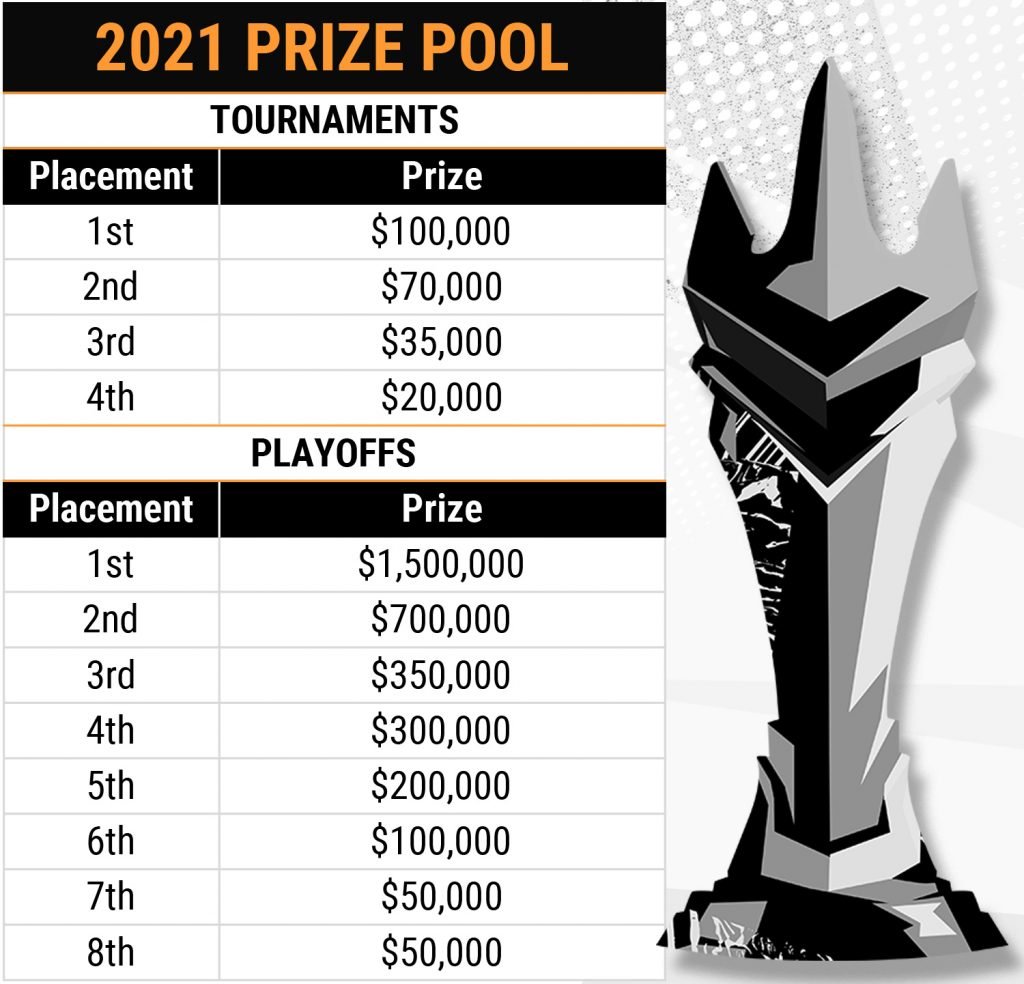 Last year Hero pools were introduced, maybe some of you who are approaching the Overwatch League for the first time don’t know what we’re talking about. Well last year every weekend some heroes were banned and could not be used. This forced teams to change strategy and was meant to bring more variety to the game.

In reality, some teams were penalized because they had to give up the hero they were masters of and therefore not everyone liked this new rule. This year things change again. the Hero Pool will only be in 2 tournaments The June Joust and the Countdown Cup, then in the May Melee and the Summer Showdown. Another important thing will not be the Hero pools in the Playoffs.

Each Map Pools will have 14 maps and the same 4 game modes control, hybrid, escort, and assault)

Here is the Map Pools cycle in the May Melee tournament:

The seeded team number 1 will choose the first map, the team that loses the map will be able to select the next one.