Like all successful business people, I study everyone in my industry. And I watch the couple of people that I believe, from my long experience in marketing, understand what they’re doing.

Most of these people are in a very small, focused niche. I’ve been following them for years, probably since long before you may have heard of them.

Then there’s everyone else. People that I know you’ve heard of. (I don’t believe in public shaming, bullying or any of those negative traps we so easily fall into online, so I won’t be calling any out by name). These are some “big names” that offer coaching or programs or create courses to teach you how they did it.

You know what? I’ve been following them for years as well. Just not for the same reason as I follow the others. It didn’t take me long to see their BS. Like all things, I hoped that was just a one-time thing, a bad interview, a quote taken out of context.

I mean, I had to be wrong, right? EVERYONE was following them and saying “have you ever heard of ___?” And the more I kept watching, the less impressed I became. Because I realized the business they were in was selling you a bunch of BS.

For most of this other group, they became a success because they went viral. But going viral was an accident. Granted, an accident is better than nothing. And more power to them for lucking in to this type of accident and then capitalizing on it and monetizing it.

But negative accidents in business far outweigh the positive accidents. For most of us, we need to plan and strategize, not just sit around hoping for a good accident to happen.

These “experts” make you think because they went viral – and like I said for the most part it was a total accident – that they can teach you to go viral too.

Don’t fall for it!

Yeah, I can teach you some strategies and psychology that can make it more likely that you will go viral, and I can sure as hell teach you how to capitalize on it and monetize it once you do. But if you do nothing but pin your hopes and dreams into waiting on that, you’ll be passing up a LOT of solid business strategies along the way.

Then, because they don’t really know how they got there, other than a happy accident that they can’t really teach you how to replicate, they hire a coach who teaches them their “method”. And then they turn around and teach you that “method.”

Have you ever noticed, the only person who really seems to be getting rich from their approach is THEM?

Their advice is great … for promoting their own business.

A one time freak accident, that they did not have a plan or strategy to make happen, and can’t replicate how they made it happen … have you seen them go viral again? I’m talking one single post with millions of shares picked up on national media and the like?

You know what else they don’t tell you? They pay a LOT of money for advertising. Yes they went viral once, and were able to capitalize on that and monetize it and now have a bigger budget than you do. And they use that budget to pay for ads.

But they tell you that they’re going to teach you how to do it for free?

There’s the same handful of these experts out there that are all teaching basically the same version of one basic strategy.

And then those people they taught now call themselves “coaches” and teach the EXACT SAME STRATEGY.

You know what they say about the masses? The M is silent. 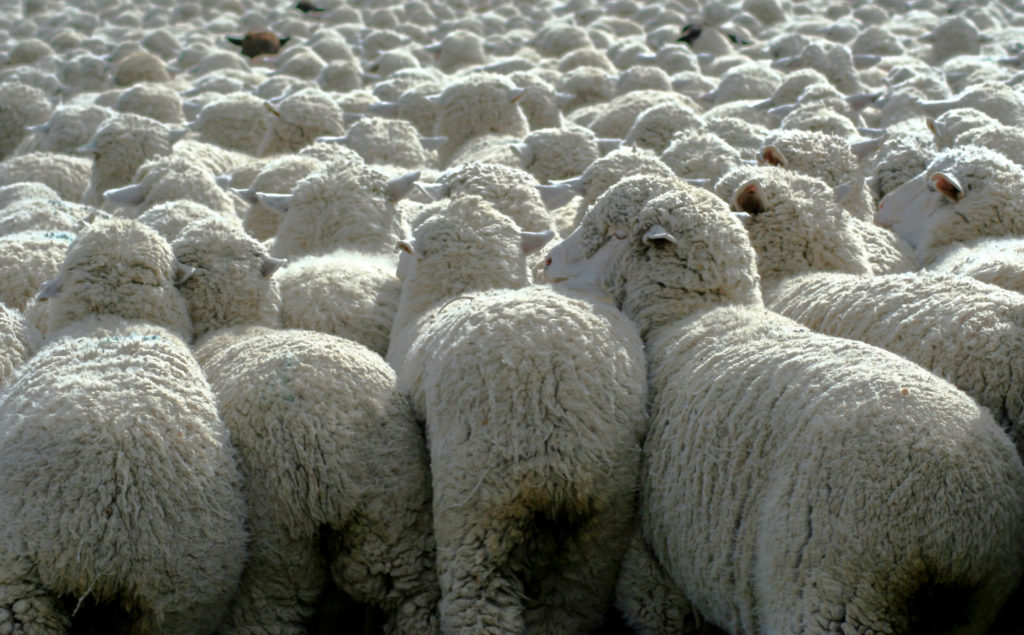 If everyone is getting their ideas about how to grow new customers, gain followers, and attract attention from the same small information sources, it’s almost certainly too late for that advice to be effective for you.

I’ve seen way too many of these masses teaching how to set up whatever marketing sparkle they’re selling you, but they only know how to do it using one particular software system or process. So you’re left buying it, in addition to whatever you already have, and paying double while trying to figure out how to make it all seamlessly work with your business.

But it can’t. Because it wasn’t designed to.

It was designed to work for them in their business.

Then what happens, it didn’t work as well as you had hoped, so you move on to the next person, who it turns out is just teaching you the same exact strategy that only seems a bit different. The same strategy just like everyone else is doing.

Following the masses. Instead of following best practices, following what your own business results are telling you, following those foundational marketing strategies that are proven to work across all industries and companies, following your own gut and your instincts about your customer demographics and your business.

In marketing, like in all aspects of business and life, there isn’t a “get rich quick” scheme that works to get anyone rich except the person selling it to you.

For everyone else, there’s the way that you SHOULD be doing it.

Using the philosophy like in one of my favorite quotes from Dave Ramsey – “focused intensity over time“.

You have to focus on solid strategies that will work for your unique business that meshes with your existing strategies and processes, and consistently apply that focus.

This creates a snowball effect.

And this is what will lead to true success in your business.

So the next time you see one of these “big name” experts and something in your gut is telling you either it’s too good to be true, feels like they’re they only one making the money, or that it’s the same exact strategy being used by the masses who aren’t getting those big results …

And then look at our programs and services, which are all designed to be easy to implement, to be very affordable if not free, and – most importantly – to work with your existing business.