Top
ArticleCity.comArticle Categories Fill ‘Er Up: Where Does Gasoline Come From?

Fill ‘Er Up: Where Does Gasoline Come From?

Pulling up to the pump and filling up the tank has become just as routine as brushing your teeth. Most of us give it little thought, especially when we’re in a rush to get to work. But what about those of us who’ve taken the time to stop and wonder, “Where does gasoline come from?” Why are there so many choices? And for the politically inclined questioners, “What kind of global impact does gasoline carry?” For those who have taken the time to inquire about this mundane task, we’ve put together this gasoline 101 that’ll cover all of your questions and much more.

Let’s start with the basics: What is gasoline and how is it made? It all starts with fossil fuels — a non-renewable energy source found deep within the Earth’s layers. There are three main types of fossil fuels: coal, oil, and natural gas. Millions of years ago, marine life, such as algae and other microscopic organisms, died and left fossils to settle on the ocean floor. After many years, these fossils turned into a substance called kerogen. High pressure and heat naturally transform kerogen into oil and natural gas. While intense pressure can push oil through pores and up to the Earth’s surface, more often than not oil and gas are pushed and naturally collected into pockets called reservoirs. This is where drilling comes into play.

Through various techniques, such as seismic surveys and geo-mapping, geologists find oil reservoirs and drill into the Earth to extract this natural resource. Drilling for oil is particularly dangerous, as gas pockets can easily explode, leading to worker injuries and potentially massive oil spills. The oil that is drilled out of the ground is in a crude state, so you wouldn’t want to put this oil in your car. Crude oil needs to be refined before it can be used to meet our energy needs. 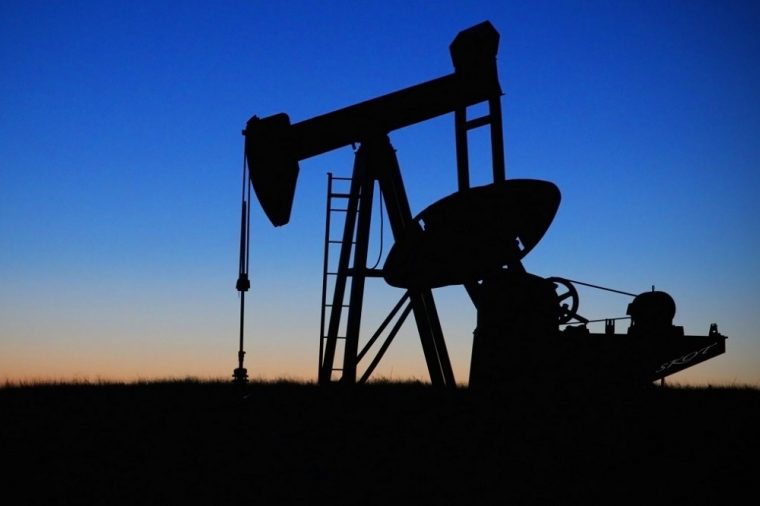 Crude oil is pumped to refineries via pipelines, trains, ships, and barges. Once at the refinery, crude is heated until it turns into a gaseous state. As the vapor rises it begins to cool and condense back into a liquid, effectively separating the crude oil into various substances. Based on their boiling points, these substances begin to layer in the following order (bottom to top): heavy gas oil, lubricating oil, kerosene, and finally gasoline. After a bit more processing, you’ll have a useable gasoline product that is shipped across the country, and often globally as well.

Where does gasoline come from?

We know gasoline comes from the ground, but where in the world does gasoline come from before it reaches your tank? The answer is relative. Where your oil comes from depends on what country your car is parked in. Oil is found all over the world, but there are certain countries that are particularly rich in supply. These countries are part of the OPEC.

OPEC, or the Organization of Petroleum Exporting Countries, is an intergovernmental organization that oversees nations. Countries that are major exporters of oil are listed under OPEC. Currently, there are 15 member countries (in no particular order):

Algeria’s oil assets, for example, make it a top global oil exporter. While it has other natural resources such as uranium and lead, its main export and source of income is oil. It’s also important to note that just because a country isn’t a listed member of OPEC doesn’t mean that the country is without its own oil supply. The U.S., for example, is nearly self-sufficient in regards to oil imports. However, the U.S. does import roughly 19% of its oil. The top U.S. oil importers are Canada, Saudi Arabia, Venezuela, Mexico, and Columbia. Imports and exports directly rely on political agreements, treaties, and conflicts.

Remember when we mentioned how fossil fuels are non-renewable? Technically, “non-renewable” fossil fuels are constantly renewing themselves, but we refer to them as non-renewable simply because they are replenished so slowly. It took around 300-500 million years to accumulate the fossil fuels that we have now, and it’s going to take the same amount of time to refill the reservoirs. BP performed a study and found that there are approximately 1.7 trillion barrels of proven oil left in the reservoirs, but at the current rate of consumption, this will only last around 50 years.

Clearly we don’t have time to wait around for 500 million years -insert the world’s energy crisis. Scientists are constantly trying to develop new energy sources in what seems like a race against the clock. New developments in electric cars and hydrogen-fueled cars are making headway in the world of fossil fuels but still aren’t enough to solve the energy crisis we’re facing.

Another concern scientists are facing in regards to fossil fuels is global warming. As gasoline is burned, carbon dioxide is released into the air where it collects in the atmosphere. The carbon dioxide creates a sort of ‘heat shield’, resulting in the greenhouse gas effect. So between depleting our sources of fossil fuels and warming the Earth like a breakfast bagel, the future of gasoline looks grim. However, until scientists successfully develop a new leading energy source, we each will have to do our part in conserving our resources.

From gasoline to life-saving medications, oil is the lifeblood that keeps society functioning. We as a global community need to work to increase awareness and take action against the frivolous burning of precious fuels. Next time you notice a friend mindlessly running the car engine and burning gasoline, remind them that there’s so much more to the story than simply filling up at the pump. And when they say, “Alright smarty pants; where does gasoline come from?” you can fully educate them on the subject, beginning to end.