The African Pole of Inaccessibility is one of the original The Seven Poles, and is situated in The Central African Republic.

For all the other Poles we have taken the work of Daniel Garcia-Castellanos et al to be the definitive.  They calculated the African PIA to be at 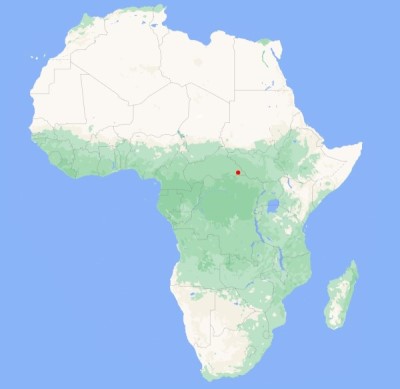 The African Pole of Inaccessibility lies in the south east of Central African Republic (CAR) near to the town of Obo and in the proximity of the country’s borders with South Sudan and Democratic Republic of Congo (DRC).

The terrain surrounding the Pole is slightly hilly, triple-canopy rainforest.

Risks involved when visiting the African Pole of Inaccessibility

The entire region is best described as unstable and travel in and around CAR is very dangerous. Indeed, the Several Governments advise against all travel in the country, including the African Pole, with the exception of the airport at Bangui (capital of CAR) and the city centre for which it advises only essential travel. It warns against armed bandit patrols roaming the country and setting up roadblocks emboldened by a weak and corrupt police force. Reports of violence, reprisal killings, looting and human rights abuses are prevalent. In addition, there seems to be a rise in kidnappings of even aid workers and government ministers. Poachers, rebels and Soviet mercenaries are a threat in the border region where the pole is situated. 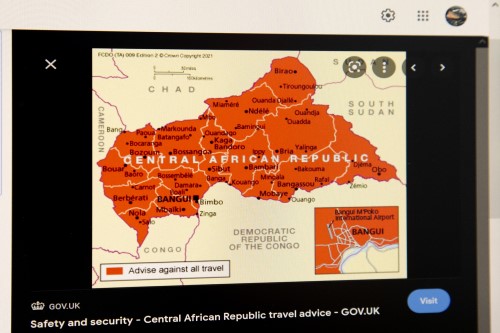 On the health front CAR has a high risk of Zika virus transmission and has experienced outbreaks of Dengue Fever, Polio and Ebola, not to mention Covid 19. 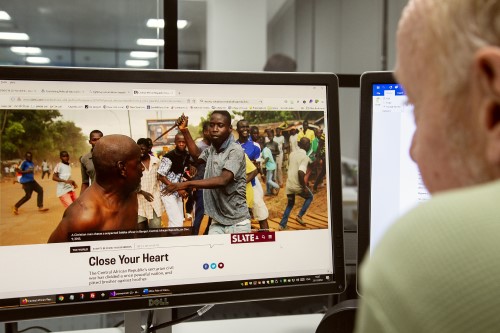 Researching the African Pole of Inaccessibility

Yellow fever immunization is a requirement for entering the country whilst it is recommended to also immunize against Hepatitis A and B, Poli, Rabies, Typhoid and Meningococcal Disease.

A permit is required for all travel outside Bangui.

So, you can see that the African Pole of Inaccessibility is not only one of the remotest but possibly the most dangerous to reach.

Getting to the African Pole

Not put-off too easily by the various warnings and danger signals, I spent nearly three years planning on how to get there and to become the first person ever to visit the African Pole. Click the following link to read more detail about how the plans came together for a successful attempt. 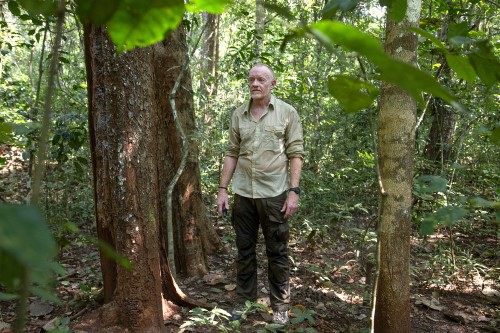 Standing at the African Pole of Inaccessibility 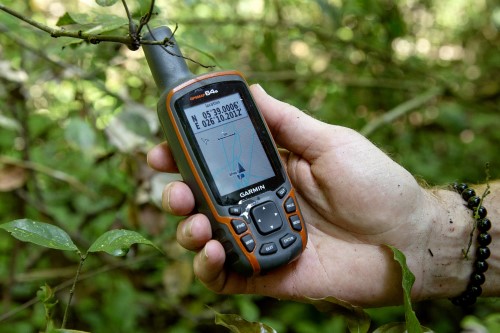 Success – first person ever to stand at this pole!

Jacob and Larry flew to the UK from USA to meet up with Cat and Chris in London. From there, we took scheduled airline flights to Brussels, Douala and Kigali before arriving at Bangui.

The next day, we took a two-hour specially chartered aircraft from Bangui airport across country to the dirt airfield at Obo where we were met by our FACA security detail. Next step was another chartered flight, this time on a helicopter which had arrived the day before from Kenya via Uganda. 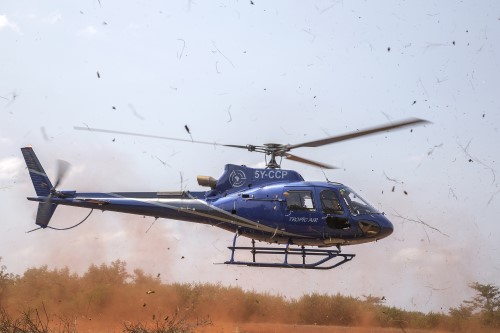 Last step by air – a heli flight to one of our designated Infil sites.

There were two heli flights: the first took Jake and three of our soldiers to secure the site, followed by a second carrying Cat, Larry, Chris and Arnoux. The round trip to the African Pole vicinity was approximately 30 minutes.

After that we had to resort to picking our way through fairly dense jungle with the heli hovering above our position, out of small arms fire range, in case of emergency. High temperatures and high humidity combined with a total lack of air movement under the canopy to make this the hardest section of the polar trip. The pace was unrelenting with time constraints on both the heli fuel and a night curfew for returning to Bangui. So, whilst the foot section was only 500m, everyone arrived at the pole dripping in sweat. 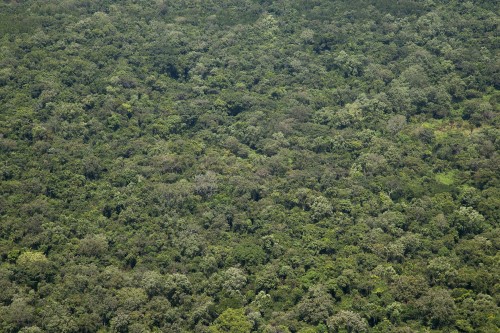 African Jungle Canopy near the Pole 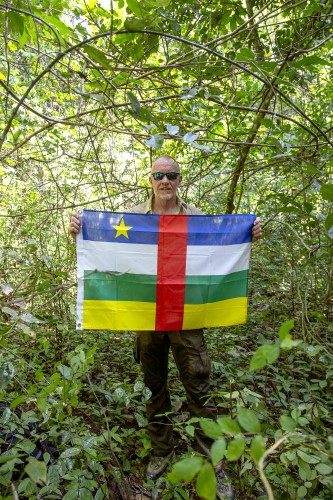 Holding the Central African Republic flag
at the Pole 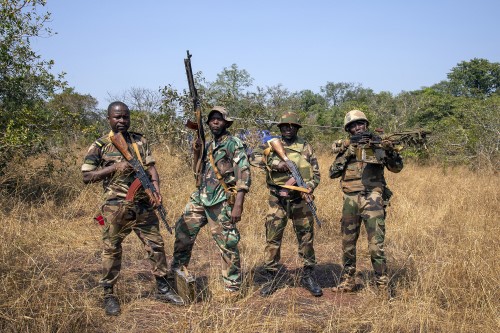 Our traipse to the African Pole probably took around 20 minutes. The team then spent around another 20 minutes at the pole itself, pinning down the exact point (difficult under canopy), taking photographs, taking an earth sample and just taking in the enormity of the location.

Jake and Larry had decided in advance that we would take a different route out of the jungle to minimise the chances of ambush. This time it was more like 25/30 minutes because the terrain was mostly uphill to our extraction point. After that we ‘simply’ reversed what we’d done to get there in the first place. Mission Accomplished.