What does your internal monologue say about your mental health?

Psychologists the world over were likely exchanging virtual knowing glances a couple of days ago when a thread about the universal existence of inner monologues popped off on Twitter. The discussion, which has now reached the furthest reaches of the web, centers around the possibility that not all humans live with a constant inner voice over. What psychologists know is that everyone has self-talk, even if it isn’t in the form of an internal monologue (a la Joe from Netflix’s You — sorry for the morbid example). So the real question is: What does your self-talk say about your mental health?

First of all, whether you call it self-talk or internal monologue or just simply thinking, everyone is doing it all the time. “I think the term ‘internal monologue’ is an internet trend,” says Nancy Irwin, a California-based clinical psychologist. “We all have self talk. And it is absolutely a predictor of how you view yourself, others, and the world.” Of the several psychology experts I consulted with about this topic, all agree with Irwin.

“Only a small portion of our thinking is in words and inner verbal dialogue,” explains Curtis Reisinger, an NYC-based psychologist and assistant professor at Donald and Barbara Zucker School of Medicine at Hofstra University. He says that we can broaden the definition of self-talk to include, imagery, sensations, and feelings. Even if it’s not literally “talk,” it’s still self-talk in the psychological sense in that we are communicating within ourselves.

How you do it says something about your state of mental health, but, on the surface, it seems like not all mental health professionals agree about how much negative self-talk is healthy.

Some believe that negative self-talk is totally fine, and also one of the human traits that allowed humans to evolve. “Everyone has a nearly constant stream of thoughts going through their head,” says Sherry Benton, chief science officer of TAO Connect (a digital platform that gives people access to recovery treatments) and professor emeritus of psychology from University of Florida. “For most people, about 2/3 of these thoughts are negative. They warn us of danger, second guess past actions, and provide us with critical feedback about ourselves. This kept us safe back when we were hunters and gatherers. If 1/3 of our internal dialogue is positive and self-affirming, we are doing really well.” 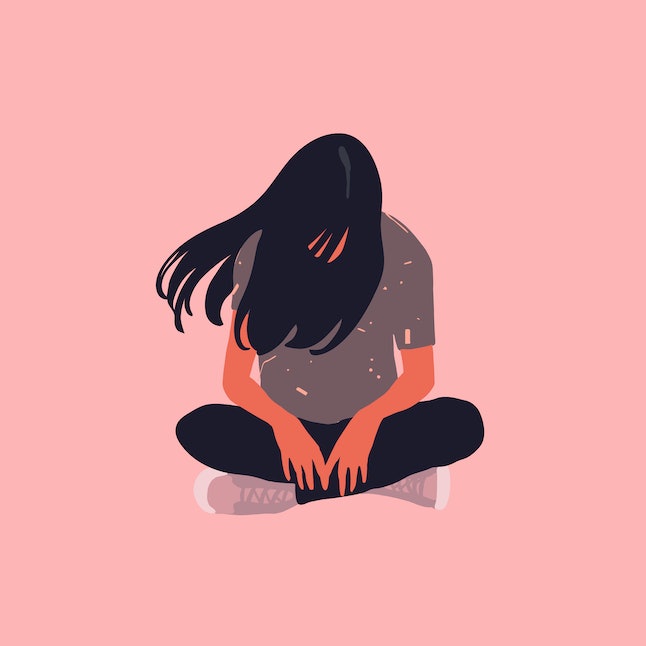 But Reisinger suggests that having a predominance of negative self-talk can be unhealthy. “Negative or critical self-talk is associated with anxiety, depression, low self-esteem, burnout and even suicidal thinking,” he says. There is a link, he explains, between how we are internally narrating our experiences — whether that narration be visual or verbal — and our emotions. “A less helpful inner dialogue may be characterized by self-reproach and self-hatred,” says Reisinger. “This activates areas of the brain known to be associated with both social pains, such as ostracism and rejection, as well as physical pain.” So if you’re shit-talking yourself on the inside, your experience of the world is also likely to be negative.

While you may not be able to overhaul your self-talk completely, the experts I spoke with largely agree that you can change it if you don’t think it’s serving you.

Healthy self-talk is largely neutral, asserts Reisinger. “It is likely factual or supportive. A mistake is viewed as something not to be repeated. Expressions of remorse or guilt with minor or moderate consequences are resolved rather quickly, “ he adds. “There is little rumination, ‘catastrophic thinking’ or self-reproach.” It seems to me like Benton and Reisinger’s descriptions seem different at a glance, but that their ideas align. Both of them seem to be saying that healthy self-talk amounts to us taking stock of our experiences and assessing them objectively.

While you may not be able to overhaul your self-talk completely, the experts I spoke with largely agree that you can change it if you don’t think it’s serving you. “Essentially, the goal of changing self-talk is to increase accuracy,” says Lori Ryland, a Michigan-based psychotherapist and chief clinical officer at Pinnacle Treatment Centers, a drug and alcohol recovery facility. Ryland says that part of shifting negative self-talk can also mean reducing the emotional connection to internal dialogue. “This is a bit different than positive affirmations such as repeating positive statements about oneself and hoping this results in an increase in self-esteem,” says Ryland.

Instead of trying to replace a negative thought with a positive one, the idea is to replace a negative thought with a neutral or factual thought or instead of trying to replace the thought at all, trying not to let the thought become an emotional experience. This is a classic mindfulness technique, she says. Benton agrees that some techniques can be helpful. “We can practice mindfulness meditation, make daily gratitude lists, and focus more on what we are doing well,” she says. “All of this can help us stay close to that 1/3 positive level associated with good healthy well-being.” One third seems doable.