The Data Market: Do You Really Know Who Has Your Details Online?

(ThyBlackMan.com) If you’re paying attention to the latest news about the internet, it’s easy to notice a growing trend in leaks. They’re becoming all the rage these days, from a major Facebook leak that saw it shared more data on its users than they ever realized they had on file to a host of recently discovered Apple product leaks that have been kept on the downlow. It’s becoming all too clear that the companies we entrust with our data aren’t being too careful about how they use it, so we have to take care, instead.

Shut your smartphone down

We should all start by taking a closer look at our smartphone apps when we first open them. Often, they will ask for permission to alter or take things like photos, location data, and more. Sometimes, what they’re asking for doesn’t make sense. If that’s the case, there’s a good chance they’re selling it. Shutting down the location tracking feature on your phone can help, but you should weigh the pros and cons of the permissions that every new app asks.

Most major websites have terms and conditions on how they can use your data. Apps like Terms of Service; Didn’t Read understands that we don’t read most of them. However, those who run it do, and boil them down to classes that help you understand the gist of whether they’re trustworthy or if there’s something closer to be concerned about. 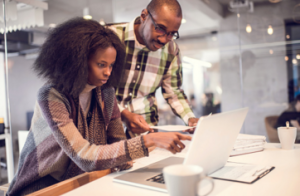 Mind your social media use

Social media platforms can be just as worrisome, especially with that aforementioned Facebook leak fresh on many peoples’ minds. New up-and-rising platforms like the Vero app are starting to fill the need that other platforms once did without the need for data-mining their users. More and more users are flocking to more responsible platforms, so it might be worth considering doing the same, yourself.

Few tech giants capture as much of your data as Google. As widespread as it ad and analytics networks are, placed in all kinds of websites across the web, it can be hard to escape it entirely. However, alternative search engines like DuckDuckGo are offering much the same functionality but without selling your data and, most importantly, using encryption tools to keep your searches as private as possible.

Be careful where you put your details

Most importantly, you should carefully consider where you put your personal details. Many sites with mailing lists, contact forms, and comment options will ask you to leave those details. Have a good understanding of what they’re going to do with them and whether you consent. Most importantly, check that they have a security certificate so you know that the risk of someone else getting those details is at least somewhat lower than if they didn’t.

The most important thing to remember is that you have to take responsibility for what you put on the internet. It’s never safe to simply assume that your data isn’t being logged, shared and sold. You have to confirm that for yourself.