Want to discover the secrets of Paris, beyond the tourist’s surface? Learn more with our list of 15 interestingly unusual facts about Paris.

Traveling the world provides opportunities to see the sites and to meet the people. Travel expands your horizons at the same time it expands your world.

Travelers also collect stories. This fascinating byproduct of travel emphasizes the similarities and peculiarities of the world. In your travels, you may hear some unusual, whimsical facts about Paris.

Paris remains one of the most popular destinations in the world, boasting 11.5 million visitors in 2016. It’s a city steeped in history and cultural treasures. Which makes it a prime breeding ground for interesting, and surprising, trivia.

Whether you’re making a first trip or a return trip, you may find these facts the basis for a specific journey, or a fine conversation. 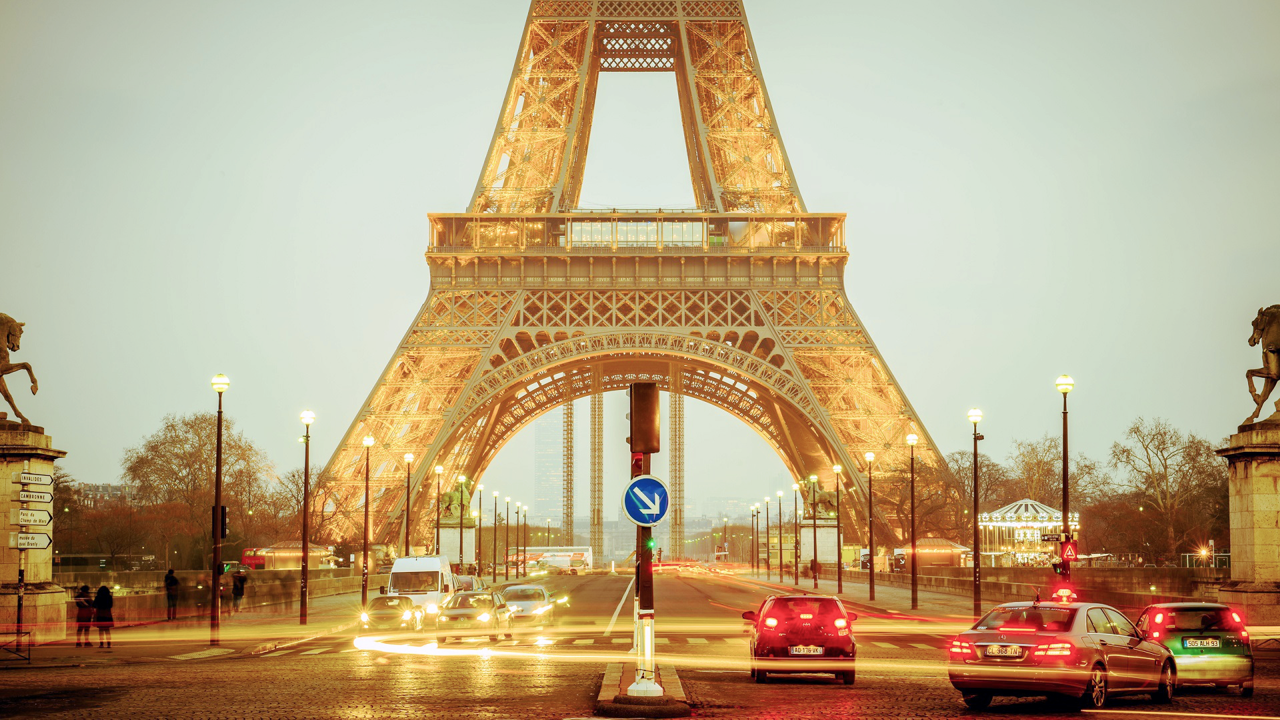 These facts represent places and things of interest throughout the city’s history. We’ve scoured sources to provide a journey of words through a world of facts.

You might plan a special interest tour to check out some of the mentioned locations yourself. Seeing, after all, is believing.

Despite sounding like a trite urban myth, there’s only one actual stop sign in Paris. This isn’t to say there isn’t traffic control or other road markings.

Parisians take pedestrian safety seriously. Most of the city features security buffer zones that replace many of the instances in which stop signs are used elsewhere.

Outside of that, the ‘rule of rights’ governs traffic on roundabouts, further limiting the need for traditional stop signage.

The single sign that does exist at 16th arrondissement marks the exit from a building onto the street.

The city sprawled out from the center and each new district is numbered. These twenty arrondissements start with the heart of the city and move out clockwise.

These administrative districts are not equal in size.

The reason behind the districts was a way of expanding the city into the surrounding territory, not unlike suburbs. To invite each district in, they were given a sort of political autonomy and representation. Each arrondissement has its own mayor.

3. Founded in the 3rd Century

Originally the city was established as a settlement by a Celtic tribe. The tribe, which will come as no shock to learn, were the Parisii. They built the settlement to take advantage of the terrain and the River Seine.

The area was taken over by the Roman Empire. They named it Lutetia and the population swelled to 10,000.

In 486 the Franc tribe came through and took the city. The name was later restored to honor the Celtic roots that started it. Since the name wasn’t officially changed, simply adopted through tradition, there’s no set date for the arrival of the current name.

Between the sprawling nature of the city, the narrow streets, and the few parking spots, the metro is the way to go.

The metro was laid out in the 1900s to be the end-all of public transportation. It’s still impressive and functional but the designers little suspected the bullet trains of Japan some 80 years in the future.

Speaking of modern innovation, the RAPT (the governing body of the metro) offers an app. The RAPT app provides area information and handy step by step instructions and timetables for travelers.

On the note of Japanese connections with the city comes ‘the Paris syndrome’. Paris, for good or ill, represents a special, almost mythical, place in Japanese media.

They’ve depicted the city as the world’s most romantic place. Many romantic films and movies are set in a fictionalized version. This results in an enormous number of Japanese tourists visiting and become disappointed. 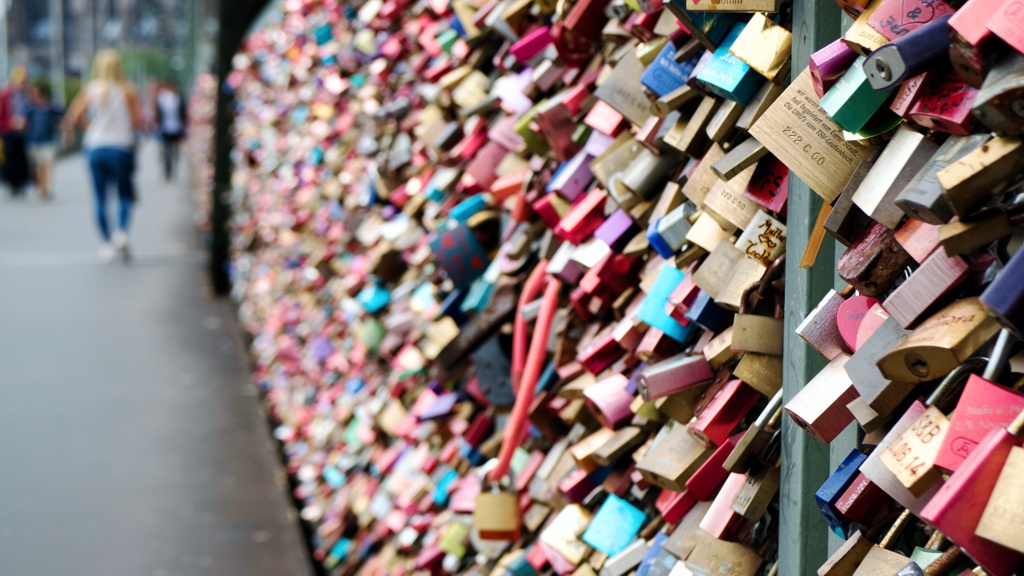 While we visit one culture’s disillusionment with Paris as a symbol of love, we’ll go over this worldwide reflection on affection.

Despite facing heavy opposition at home and abroad, officials had the locks removed. They tried to replace the fencing with art that captured the interest but got a mixed reaction.

The bridge, famed for couples placing locks along it, counted over a million locks when they were removed. The combined weight of all that extra metal came in at 45 tons.

That weight, of course, was the reason for the removal. The bridge suffered from the extra load which it wasn’t structurally built to hold.

The Pont Neuf (meaning New Bridge) is the oldest bridge across the Seine. The bridge’s paradoxical name comes from the days when it was first constructed as the first useful bridge.

Useful by modern standards, being made of stone and having a sidewalk across. Prior to the construction of the Pont Neuf, bridges were little more than packed mud and rickety wood scaffolding.

Even with these disappointments, the city of Paris maintains its many airs of old-world charm and mystery.

One of the most intriguing mysteries of the modern age took place in Paris.

From 1942 to 2102 an apartment near Pigalle held no residents but rent always got paid. The apartment’s occupant, one Madame de Florian abandoned the location. She lived in the South of France for many years.

With no reason to enter the domicile, nobody did until 2012. The apartment, caked in dust and cobwebs, hadn’t seen an occupant larger than a spider in 70 years. Inside, a treasure trove of vintage objects now existed.

The most impressive find being a portrait of the former tenant’s grandmother, Marthe de Florian. The portrait, done by Giovanni Boldini valued at 2.1 million Euros.

Photos of the apartment in all of its ghostly, frozen in time splendor, can be found online.

On the matter of photos, the inventor of the modern photo styling Lousid Daguerre lived in Paris.

Daguerre invented the daguerreotype. He also took a photo using the technique bearing his name in 1838. The photo, taken on Boulevard du temple contains the first image of a person.

While this doesn’t come across as particularly impressive by today’s standards, it holds a special interest to photophiles. At the time, photographs took time to take. The exposure of film, rather than being int he micro-seconds of today, were in the tens of minutes.

Many human subjects walked the streets that day, but only one shows in the photo. A lone figure stood still, or close to it, getting their shoes waxed. The happenstance of standing still for the process was instrumental in this rare find.

Idyllic images of Paris, not unlike the daguerreotype we just went over, contain more information than we see.

Paris changed dramatically in the mid-18th century largely at the direction of Baron Georges-Eugene Haussmann. This Napoleon III appointee slashed and demolished the old medieval structures and remains of Renaissance Paris.

Haussmann envisioned a chic modernity that paid homage to the traditions of old. He designed the layout of streets and infrastructure to support the growing population.

Hausmann didn’t work alone. A swatch of architects and builders marched to his drum. They broke down the older streets and made the grand boulevards and large squares. They put in the gardens, the grey stone facades, and the plazas seen today.

All of which sounds great, but comes from a perhaps sinister origin. The old, narrow streets known as Faubourgs were infamously easy to barricade. In an attempt to prevent revolutionaries from being able to siege effectively Hausmann set, larger, open street designs into place.

Speaking of widescale renovations, King Louis XVI moved a lot of bodies in his day.

The cemeteries establish between the 12th and 18th centuries were crumbling and overcrowded. Bodies came in from the teeming horrors of war and bubonic plague. Mass graves held as many as 1500 people under a single headstone.

The unhygienic conditions threatened to spread disease through the living. Not only that, but rumors of grave robbers, in service of the explosion of medical research of the 18th century, needed to be addressed.

So Louix XVI closed the cemeteries and millions of corpses transferred to the catacombs.

Taxis in Paris don’t come along often. Between the narrow streets and emphasis on metro and walking, taxis struggle. It also costs nearly 200,000 Euros to get licensed.

When visiting Paris, hiring a luxury car service beats long lines and offers other benefits.  AssistAnt’s Private Jet Charter in Paris, France is another great way to get around if you are wanting to visit other cities or countries on your trip.

The main bell of the famous cathedral, Emmanuel, weighs in at 13 tons. This bell was the only one to not be melted down and turned into artillery.

The bell, forged in 1681, also remained untouched by the recent fire which effected the roof and spire.

Sadly, nothing particularly poignant about Bastille Day for the 14th tip. However, the other most well-known Parisian landmark gets its due here.

The Eiffel Tower’s architects never intended it to stand so long. The tower, erected for the 1889 World’s Fair, should have only been around until 1919. 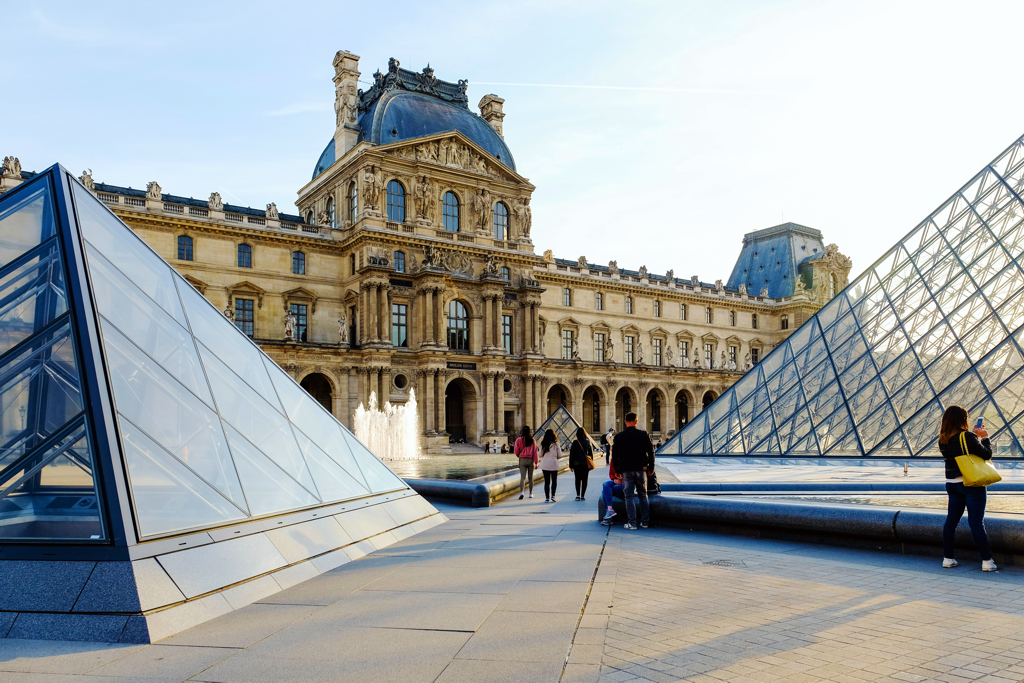 The 1792 gallery to beat all galleries holds many of the world’s most known art pieces. It also has the room to display them.

The Louvre’s 72,735 square meters of space dwarf all other art spaces in the world.

You never truly know a city like Paris. No matter how many facts about Paris you uncover, more remains tantalizing below the surface. Let us make your experience in Paris unforgettable.  See here our services for ORY Paris Orly Airport, XPG Gare du Nord Airport and CDG Charles de Gaulle Airport. We also offer transportation services in Paris to ensure your trip is a breeze.

It’s also a city of seasons and phases. Consider looking at the city from the viewpoint of the summer. Don’t wait, start your trip today by contacting us and learning more.