The Point of Inaccessibility for North America is on land belonging to the Oglala Sioux Tribe about six miles north of a small settlement called Allen in South Dakota, USA.

The exact location of the North American PIA is determined to be at:

The coordinates were calculated by Garcia-Castellanos & Lombardo in 2007 and published in the Scottish Geographical Journal.

The North American Pole of Inaccessibility is one of the Big 7 and its location is well documented. The earliest record of anyone visiting the PIA belongs to Jerry Penry who documented his visit on 3rd October 2014.  Of course, there’s a chance somebody else will have been in that location at some point in history without knowing its significance. However, given the precise location is on a fairly steep side of a gully, surrounded by vegetation, this is probably unlikely.

This point is accessible on foot and lies in an area of Pine Trees and grassland with some patches of fairly-dense bush.

The local roads are dirt tracks, but are pretty well maintained. Nevertheless, we’d recommend you use a 4×4 to get to the vicinity.

You will also need a stout pair of walking boots and we’d recommend some thick walking socks, trekking trousers and bug-spray.  The grassy areas contain some form of plant with burs that dig into your clothing and skin.

Getting to the North American Pole

Axel and Chris Brown stood at the North American Pole of Inaccessibility
at 3:40pm on 19th July, 2019

Having flown in from Orlando following our Florida Pole visit, we overnighted at Rapid City and set off reasonably early the next day in a huge rented SUV.  Although it’s a monster in terms of size, it didn’t have any special off-road capabilities.

If you are going to hire a car here in the mid-summer months; take the insurance!  This is ‘hail country’ and they measure hail in terms of dimes, nickels and pennies, not millimetres.  In 2018 there were 309 hail events and the Highway Loss Data Institute list South Dakota as the worst state for hail claims with 26.5 claims per 1,000 vehicles insured.

Anyway, wallowing in our 10 square metres of vehicle, we headed south east out of Rapid City on Route 44. The sat-nav told us it was 65 miles until the next turn and most of that turned out to be completely straight road. 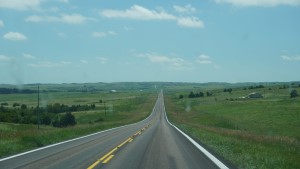 One highlight was driving through Buffalo Gap and the animals duly put in an appearance.  Until that morning we’d both thought the North American Buffalo, or bison as it should be termed, was extinct.  Did you know they can run at 40mph and can jump up to 6ft, so stay well clear!

We took a break at the settlement of ‘Interior’, where the 44 takes a sharp turn, known as ‘cowboy corner’.  If you continue straight on, you’ll enter the Black Hills National Park. You will finally turn off the 44 towards Potato Creek, then onto Allen Road where the road turns into a track. After about 15 miles and 6 miles short of Allen itself, take a right through two large upright poles towards a blue water tower.  You’ll need to park up somewhere around here and walk the rest of the way. 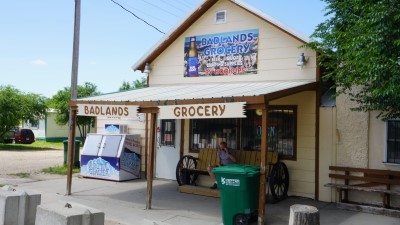 Although we’d read the Pole of Inaccessibility was on Sioux Nation land, we weren’t sure if that meant it was public access. So we approached the house next to the water tower as that looked to be the closest to the fenced area of land that we needed to go over. A young gentleman at the door greeted us with the most adorable puppy eager to have his tummy tickled.

“Aint nobody gonna shoot ya,” we were informed.

Putting that into Google Translate, we reckoned it meant we had permission to go down the hill towards the gully.

As previously mentioned, although it looks like grassland, the ‘grass’ is ankle deep and contains nasty burs that attach themselves to your boots, socks and skin. So we’d recommend thick socks and trekking trousers over our choice of shorts due to the temperature and naivety when it comes to the plains of South Dakota. 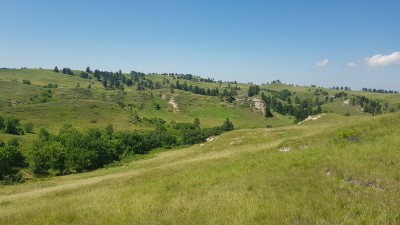 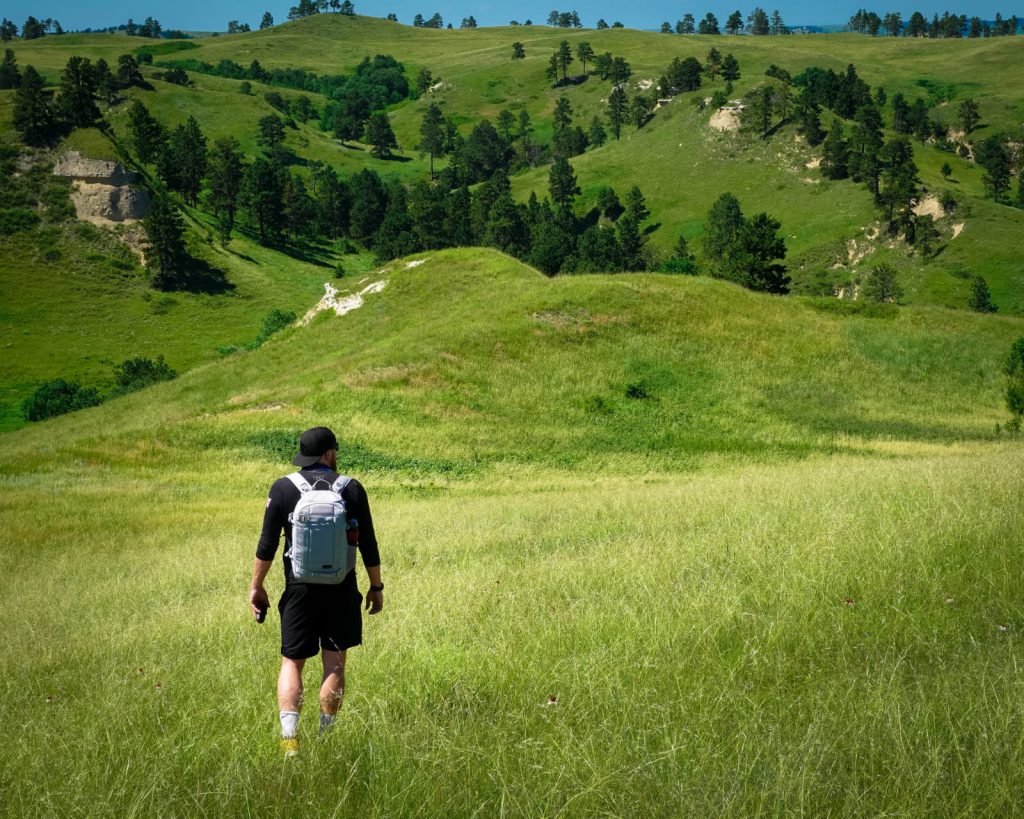 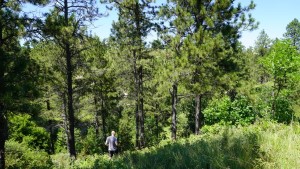 This area is slightly higher than most of the surrounding plains and there are numerous copses of trees, with bush or scrub in-between. It is very pretty.

You will need to climb over a six-foot-high wire fence, but there are plenty of poles which give you a sturdy point to climb without breaking the fence.

In the absence of a detailed map, you tend to rely on the GPS compass for direction and, perhaps, go in more of a straight line than you would with a bit more knowledge of the terrain. So we found ourselves pushing through bramble patches and scrabbling around stone bluffs.  The hill was quite steep down into the gully and on the descent, we disturbed a pair of large, white-tailed deer.

The lower we went, the thicker the air seemed to get, and before long we were both pretty sweaty.  With the tree cover increasing, our GPS took longer and longer to update the position. I’d say we were within two metres of the pole for about 15 minutes before we could determine the exact point.