Dangerous Roads for Bikers in the East Midlands 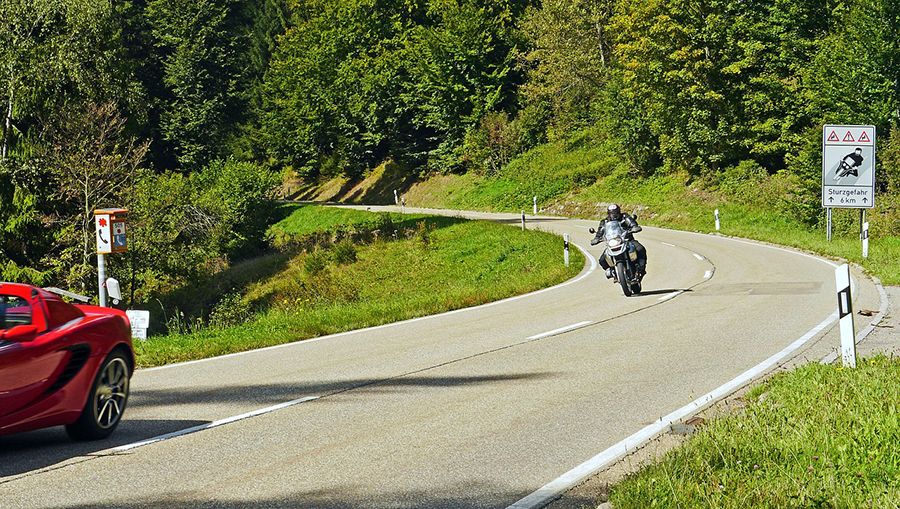 As the public has become more aware about the dangers of certain roads, charities and insurance companies have been using government data to create reports of accidents and finance studies to find out which roads are the most hazardous. What they have found will continue to prove useful as the public learns which roads to be the most careful on.

According to government statistics, though motorcyclists make up only one percent of the total vehicles on the road, they make up 19 percent of fatal accidents. This is astonishing when you consider that 83 percent of all vehicles licensed are cars, 30.5 of the 36.7 million on the road. Still there thousands of motorbike riders who need to show great care when it comes to training, experience, and choice of road.

Created by the charity the Road Safety Foundation (RSF), the Road Crash Index is an interactive online platform that helps inform the public which UK roads are the most dangerous for both bikers and drivers alike. With the insurance company Ageas supporting RSF’s initiative to find the roads that have the most risk of death and serious injury, they make an annual report that details road deaths and non-fatal accidents.
Half of Britain’s deaths are concentrated on just 10 percent of the roads. These include both motorways and A roads that go beyond urban limits. In 2016, deaths on the road increased four percent, with a five-year high of 1,792 people. The government data has also helped the RSF identify the sections of road that have an “unacceptably high risk.” These 550 sections make up less than 4,000 miles of road but have considerable risk for both drivers and bikers. Additionally, the report reveals that the most dangerous road in the country is the A537 between Macclesfield and Buxton.

Swinton, another insurance company, has begun to analyze government data to determine the most dangerous roads for bikers specifically. Surveying the year 2017, the study has come up with some interesting results.
While their figures show that the vast majority of the most dangerous roads are in London, nine out of ten to be exact, this doesn’t mean that others are not hazardous according to the site MoneyPug, which is used to find cheap bike insurance.The tenth most dangerous road in the country is actually in Powys, Wales. In addition to their study of the country as a whole, Swinton has narrowed down the ten most dangerous roads in the East Midlands, five of which are in Nottinghamshire.

It is abundantly clear by looking at the study’s data that Nottingham is the most dangerous place for bikers to ride. They have three out of the top four hazardous roads, which include the Nottingham A6002, the A6130, and the A611.

There are also a decent amount of dangerous roads for bikers in Leicester. Leicester A563 made the top five and the Leicester A594 is not far behind it. An hour away there are two Mansfield roads that have made the top ten, the A60 and A6009. These roads can easily be connected on a weekend ride through the country, it is important to show caution in this area.

Dangerous Roads in the Rest of the East Midlands

Other risky roads include East Northamptonshire A6 and High Peak A57. While these have made the top ten, they are definitely not as dangerous as the final road. Coming in first place for the most dangerous road for bikers in the East Midlands was the Worcester A38.

Insurance companies, charities, and politicians have all been showing their concern for dangerous roads. While some need to be fixed, others are simply hazardous roads. It is important for bikers to show due diligence. While they need to have enough experience to ride on dangerous roads, it is also crucial to follow traffic laws and remember your training. By staying aware of the most dangerous roads in the East Midlands, you can avoid them when necessary and show caution when you absolutely have to take them. If you keep aware, it may end up saving your life.