Artificial Intelligence Stocks to Watch in 2020

Artificial intelligence is a technology that enables machines to complete tasks that generally require the type of natural intelligence possessed by human beings. As a result, AI tech allows computers to analyze highly complex data, gain insight from such data, and then use it to make predictions and optimize systems for performance.

AI isn’t merely one technology but rather a group of technologies that enable machines to mimic human thinking. Some of these technologies include Machine Learning (MI), Natural Language Processing (NLP), Predictive Analysis, Image Recognition, and Robotics.

The technology is already promising to transform everything from automobiles to healthcare to online advertising. This creates many opportunities to invest in companies that are leveraging AI for their own businesses. Here’s a list of some of our favorites. 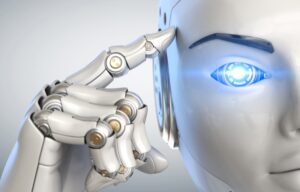 The Top AI Stocks to Watch for the Coming Year

Other Artificial Intelligence Stocks of Note

Best of the Rest