6 Places To See The Most Amazing Wildlife On The Planet

Getting up close and personal with some of the world’s most amazing wildlife is one of the most spectacular experiences one can have when traveling. Whether you’re watching whales, spotting birds, or going on safari, it’s a magical experience when you can interact with wildlife that you wouldn’t normally find at home.

When you’re going on a trip hoping to see some wildlife, it’s important that you manage your expectations because sometimes, you’re not always going to be lucky and spot all the animals that you want to. You need to respect their habitat and accept that sometimes, they might not want to interact with humans.

However, you can increase the odds of having a great experience if you go to certain hotspots where there is so much wildlife that you’re bound to see something amazing. The animals in these locations tend to be more used to people as well, so they’re less likely to hide or run in another direction.

If you want to plan a trip that is focused on wildlife, these are some of the best places to go: 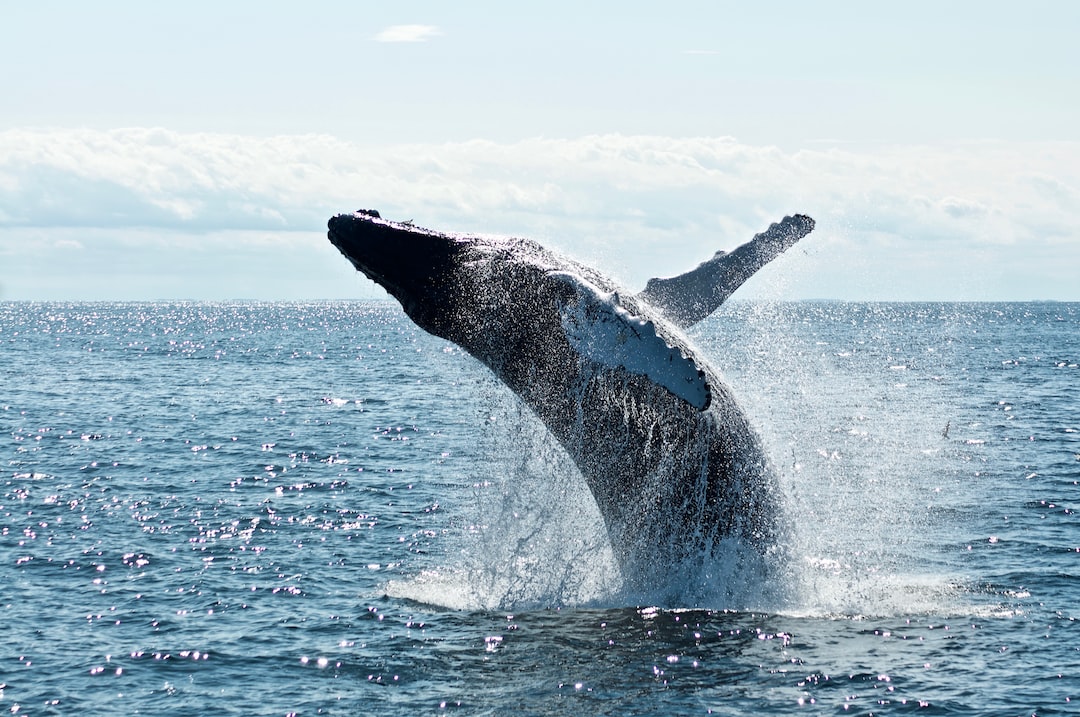 Whale watching is on a lot of people’s bucket list. These majestic animals are difficult to find but when you do, it’s an amazing experience seeing them leap out of the water. There are a few spots around the world that are great for whale watching but Alaska is probably the best. Alaska vacations on cruise ships are ideal for whale watching. If you take a week-long cruise through the Inside Passage, you’ll have many opportunities to spot whales in their natural habitat along the way.

You can also spot a lot of other marine life and when passing through some forested areas, there are opportunities for spotting birds and other land-dwelling wildlife. Alongside the wildlife, a trip through Alaska gives you the chance to see some incredible natural features like the Hubbard Glacier. 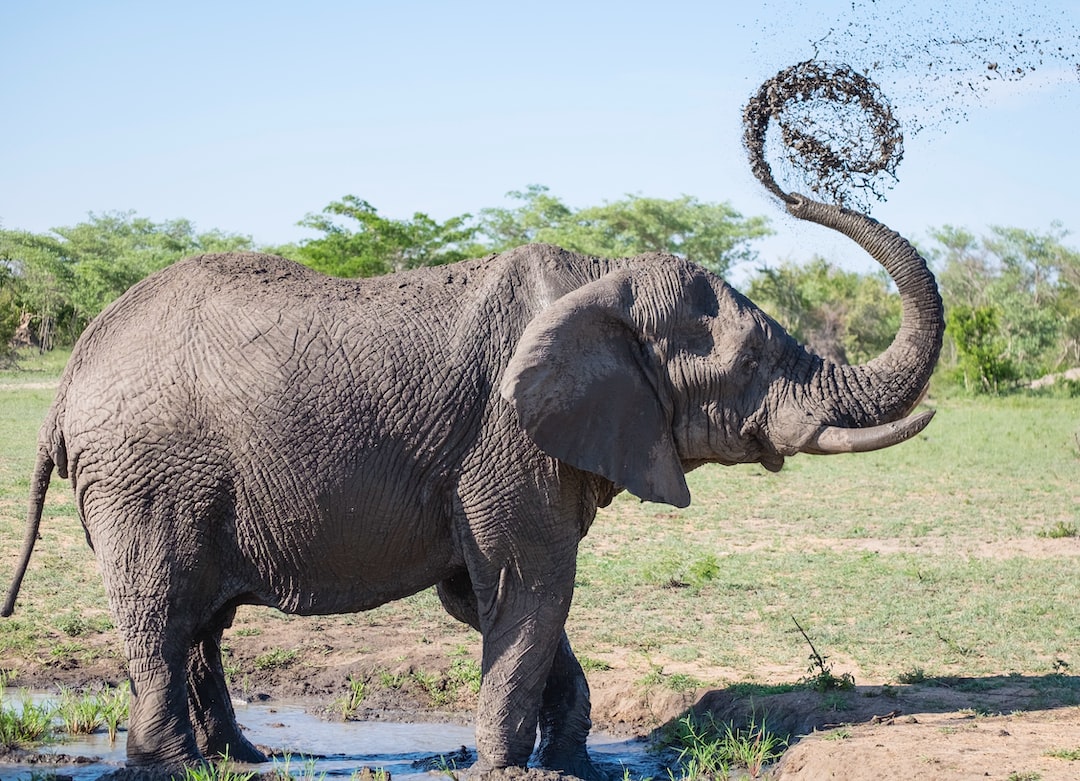 Because of their enormous size, elephants are actually fairly easy to spot in a lot of places but you can’t always get up close and personal with them. You have to be careful when you’re visiting places to see elephants because there are a lot of unethical practices going on. There are plenty of places that advertise the chance to get close to these majestic beasts and even ride them in some cases, but in a lot of these locations, the elephants are severely mistreated and you don’t want to support that. But if you’re looking for a place where you can get close to elephants but still respect their natural habitat and be sure that they’re not being mistreated, South Africa is the place to go.

At Addo Elephant Park, families of elephants roam around all over the place, just going about their business. There is a specially constructed hideaway near a watering hole so you can see the elephants drinking and interacting with one another, but you don’t risk disturbing and upsetting them. Addo is a great place to see lots of other wildlife as well such as buffalos, mongooses, meerkats and even the rare flightless dung beetles.

It’s easy to get to Addo Elephant Park for a day trip if you’re staying in Port Elizabeth but if you really want to immerse yourself in the experience, you should consider staying at one of the lodges at the elephant park. 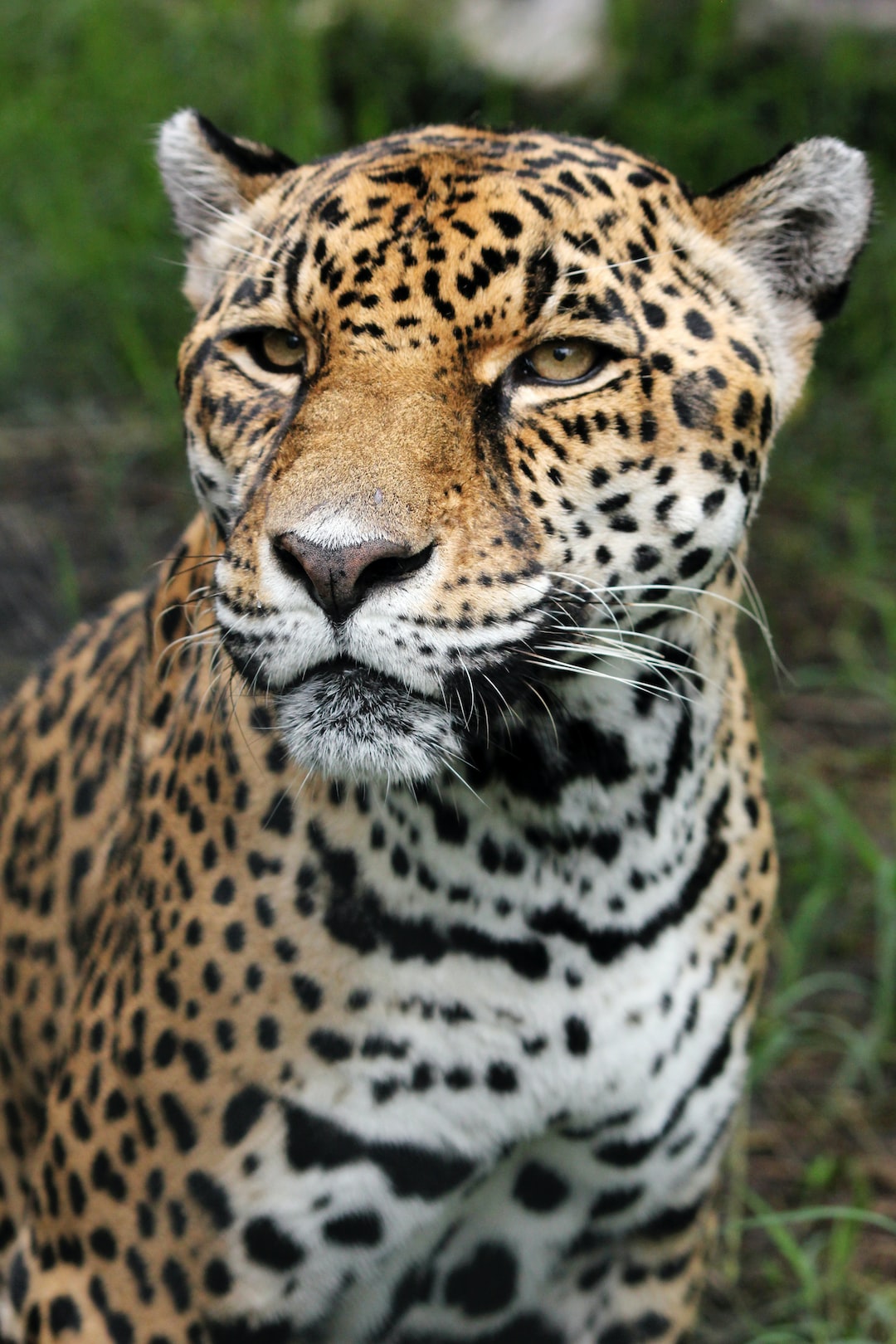 Leopards are one of the more difficult animals to spot because they don’t like to show themselves very often. But if you’re desperate to catch a glimpse of these ferocious creatures, the best place to go is the Leopard Safari Park in Sri Lanka. There are around 25 leopards in the park but it’s important that you manage your expectations because you’re not guaranteed to spot any. It’s a camping experience so if you’re not comfortable getting up close and personal with nature, then this one might not be for you.

If you’re lucky, you’ll get to spot some leopards while you’re out there, but even if you don’t, it’s still a great wildlife experience because there are a lot of other animals around. Buffalos, monkeys, crocodiles, peacocks and all sorts of other rare birds can also be found here. 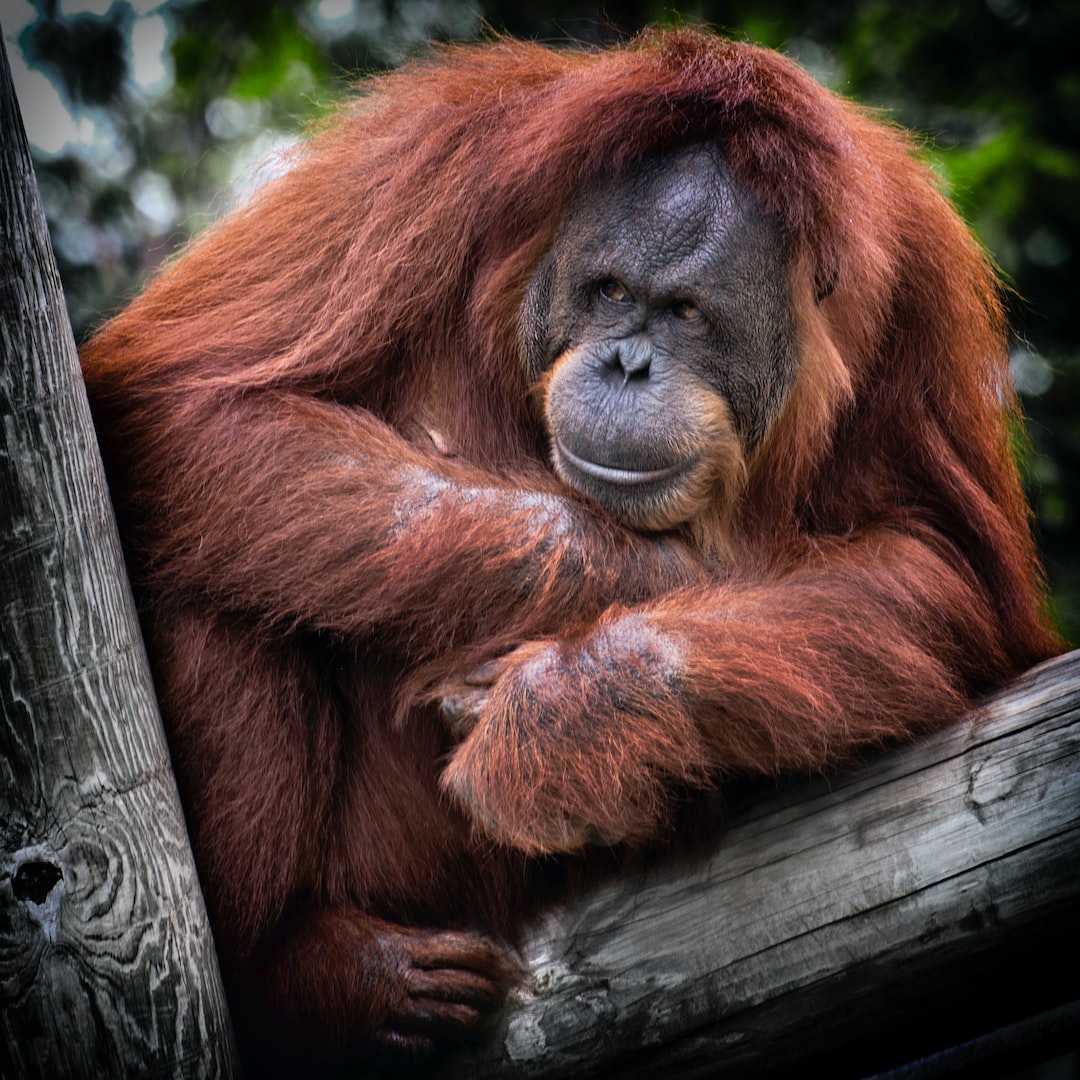 Borneo is one of the most popular wildlife destinations in the world and a lot of people have it on their bucket list because they want to catch a glimpse of the world-famous orangutans. If you head to the lower Kinabatangan River region of Borneo, that’s where you have the best chance of spotting some orangutans. During the day, the area is busy with orangutans and all sorts of other wildlife. You’ll also be able to see the proboscis monkey, an endangered species that is only found Borneo, as well as lots of interesting species of birds.

When night falls, the landscape changes and lots of different animals come out. After dark, you can spot slow lorises, pygmy elephants and if you’re lucky, maybe even some endangered flathead cats. These are just a few of the amazing animals that you can find in the lush rainforests of Borneo, which is why it’s one of the most popular spots for wildlife lovers. 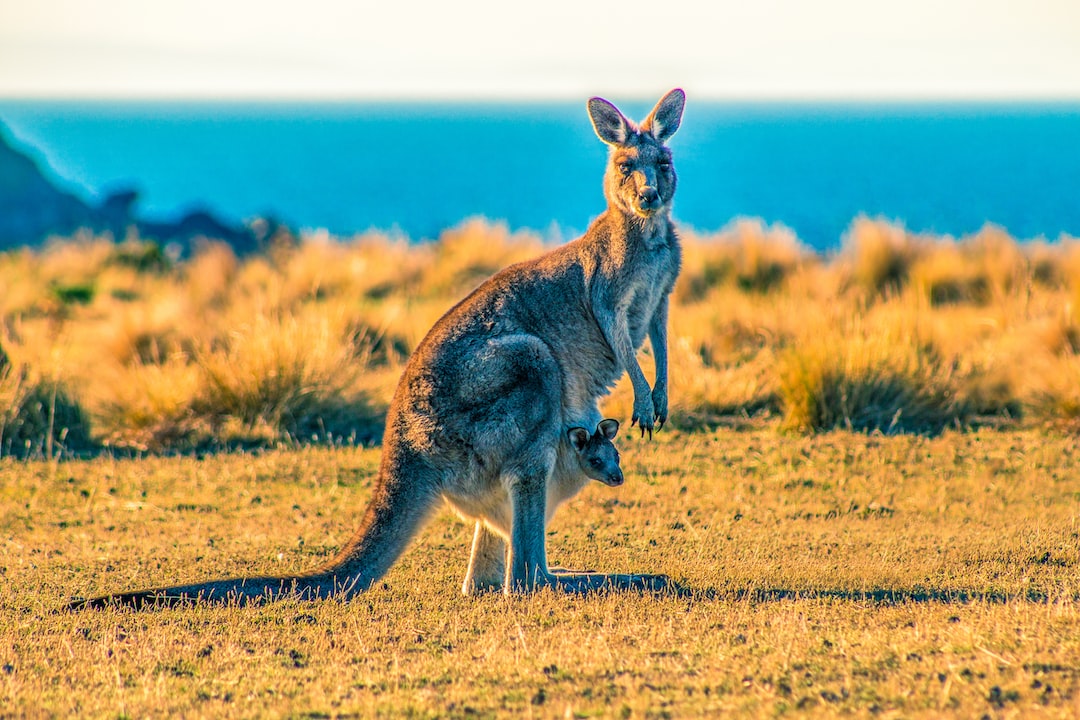 You probably already know that Australia is a great country to visit if you want to see wildlife because it’s known all over the world for its dangerous creatures and insects. Wherever you go in Australia, you’re likely to spot some great wildlife, but most people want to see the most iconic of Australian animals, the kangaroo. If it’s kangaroos that you’re after, the best place to go is Kangaroo Island. As the name suggests, this island off the coast of southern Australia has a large population of kangaroos and you’re more than likely to spot some while you’re out there.

Surprisingly, a lot of people go to the island for the kangaroos but they find that it’s some of the other wildlife that really makes an impression on them. One of the best things about the island is a breeding colony of endangered Australian sea lions. There is a strict policy of look but don’t interact on the island, which means that the sea lions are not too bothered by people, so you can get a good look at them and get quite close to them, as long as you don’t try to touch them.

Kangaroo Island is also home to a lot of other iconic Australian animals like Koala Bears, wallabies and platypus, so if you want a condensed tour of all of the best Australian wildlife, this is the place to go. There are some great guided tours around the island and the experienced guides will make sure that you get to see all the animals. 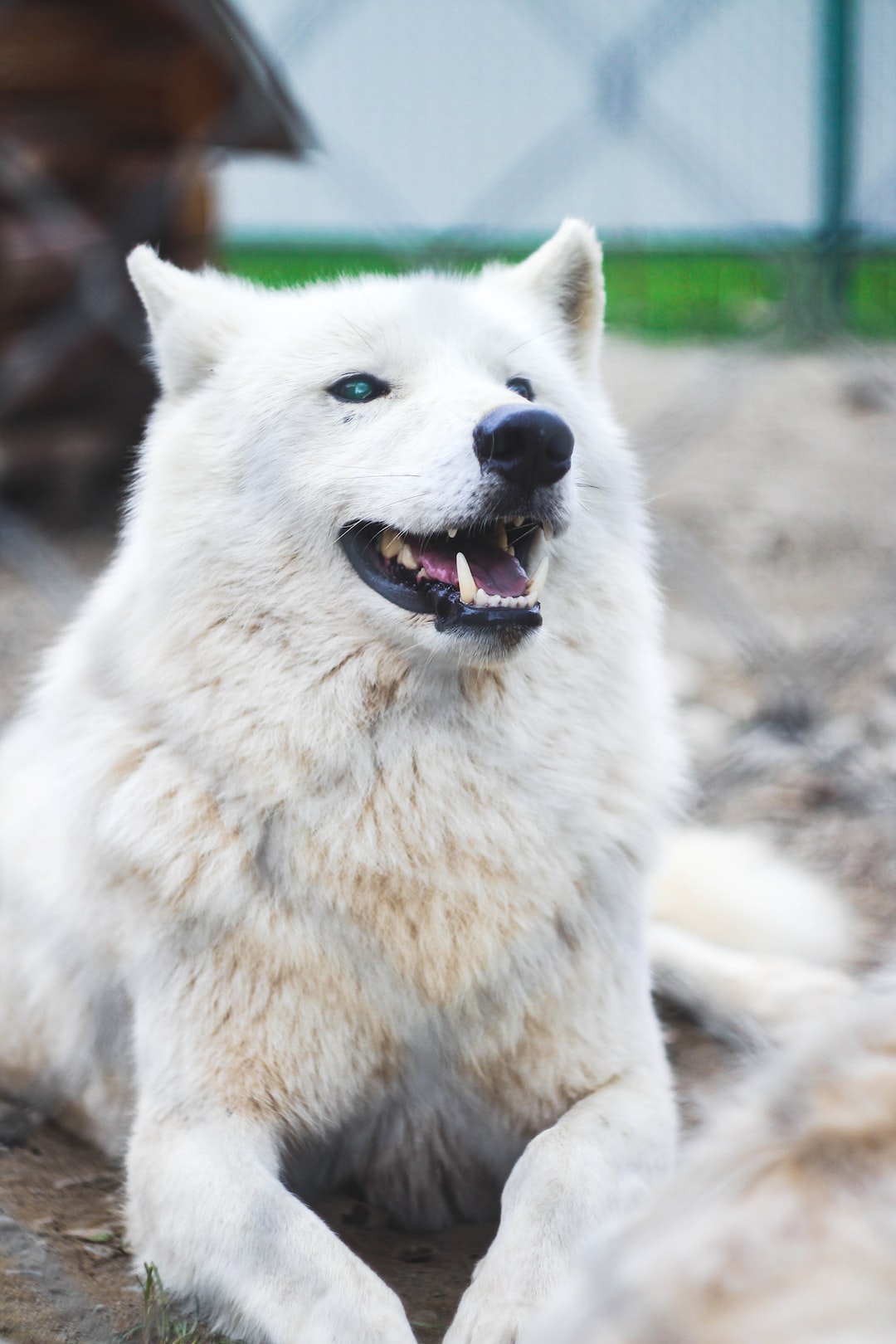 China isn’t always at the top of one’s list when people are thinking of wildlife-watching destinations. Many people associate China with huge, smog-filled cities. But that’s only one side of this vast country and there are actually a lot of great natural landscapes filled with all sorts of interesting wildlife. The Ruoergai Grassland region of China is not very well known at all, which is what makes it desirable to visit. There are a lot of amazing wildlife destinations around the world which have become busy tourist spots. It’s still great to go there and see the animals but being amongst crowds can sometimes put a bit of a downer on the experience. If you want a more authentic, special wildlife experience, you need to find the quiet places that don’t get a lot of tourism, and the Ruoergai Grassland is perfect for that.

Getting there can be a bit of tough simply because it isn’t a very popular tourist destination and transport links are few. But as long as you hire your own vehicle to drive there, you should be fine. The high altitude grasslands are very sparsely populated, mainly inhabited by Tibetan nomads. It’s an incredibly vast landscape and there is a lot of wildlife that you won’t find anywhere else in the world.

It’s the best place in the world to see the incredibly rare Chinese Mountain Cat. It’s an animal so rare that we don’t really know much about it at all. If you’re lucky, you might catch a glimpse but don’t get your hopes up because it is very elusive and your chances of seeing one are quite slim. But don’t let that put you off visiting because you can also see Pallas’s cats, Tibetan foxes, Tibetan wolves, and Himilayan marmots. If you are going to visit the Ruoergai Grasslands, it’s best to go with a guide because the area is so sparse and there isn’t a huge amount of infrastructure there.

There are some amazing animals across our planet if you choose the right destination!