Many of the best river cruises in Europe get overlooked by the average consumer. We’re going to make it easy for you to choose a spot, whether it’s your first time on a river cruise or you’re a pro. Here are the top 10 European river cruises for 2020. 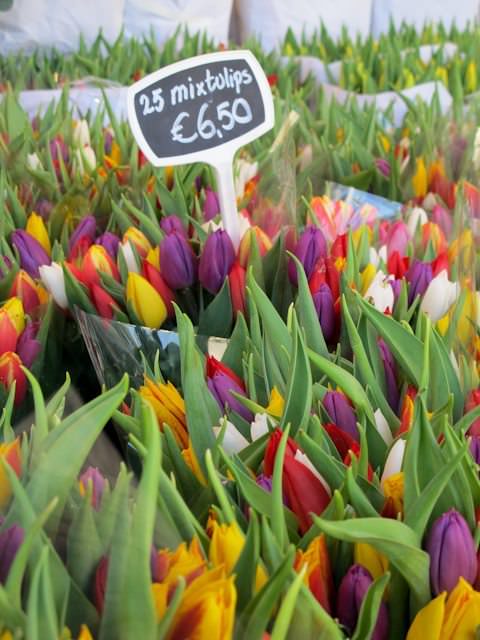 A Tulip Time cruise is one of the most iconic (and picturesque!) river cruises you can take. Photo © 2012 Aaron Saunders

One of the most popular river cruises in Europe is a themed voyage through Belgium and the Netherlands’ iconic tulips. Also known as “Dutch Waterways” cruises, these river excursions go through a variety of smaller rivers; the Dutch Waterways are simply the inland seas and canals along the route.

This is an ideal cruise for mid to late Spring, which is the perfect time to start and end a trip to Amsterdam. From there, you’d float through Antwerp, Arnhem, Ghent, and Rotterdam. After a visit to the largest floral park in the world (Keukenhof Gardens), you’ll see first-hand why this is one of the best river cruises ever. 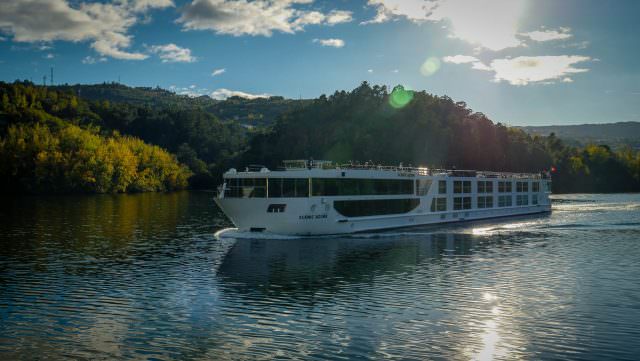 Are Lisbon and Porto on your travel wishlist? If not, they should be.

If you’re a wine lover, you’ll be extra enthusiastic about booking this trip. The Douro River Valley is one of the oldest wine regions in the world. It’s also a UNESCO site. Since all cruising has to be done during the day on the Douro, there is plenty of time to take in the sites around you as you sail down the river.

Many of the cruises along this river start or end with an overnight stay in Porto, a UNESCO World Heritage site. You’ll have plenty of time to wander the streets and explore the bustling city. Along the way, expect to see the deepest lock in the world (Carrapatelo) and take an all-day trek to Salamanca, Spain.

There will be ample opportunities for you to enjoy the many things that Portugal (and Spain) have to offer. 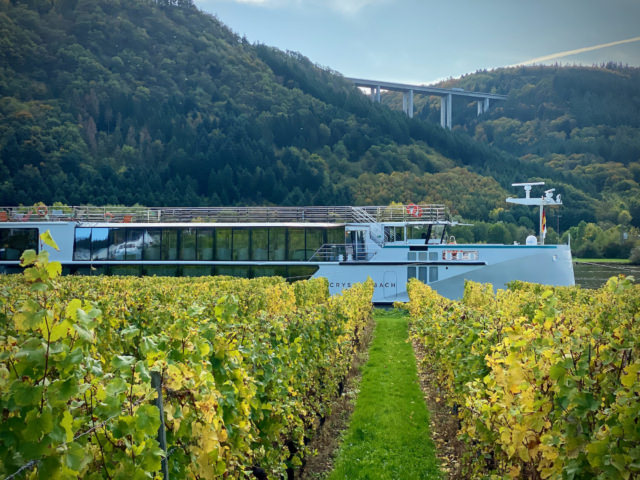 Another one of the best European river cruises gives guests the opportunity to float through France, Luxembourg, and Germany. On the Moselle River, you’ll get to witness medieval architecture and sample magnificent white wine. The Moselle is known for its supple grapes since its environment is ideal for harvesting them.

No matter which itinerary you decide to take, the region’s famous wines will be featured on every line. You’ll enjoy the picturesque views of Metz, France and Remich, Luxembourg. There are also multiple stops in Germany such as Trier, the country’s oldest settlement. 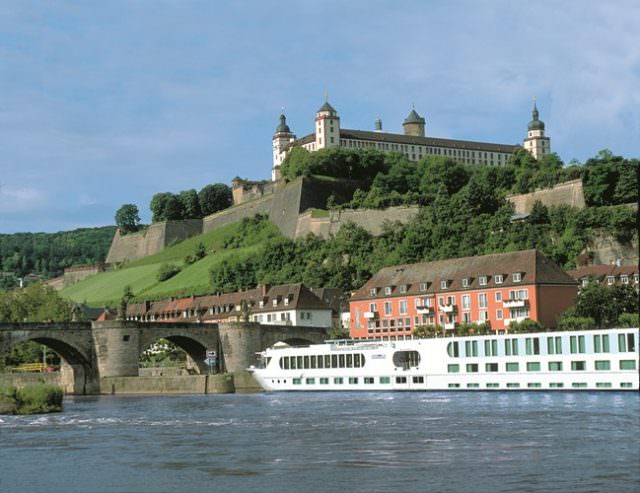 In Central Germany, guests can cruise along the Main River. It’s a river formed by the blending of the Red Main and the White Main. Both meet the Rhine River in the city of Mainz.

River cruises along the Main are typically combined with cruises on the Danube River. The Main-Danube canal has connected the two rivers since 1992. It has a total of 16 locks.

During a Main River cruise, you’ll get the chance to see Frankfurt and Nuremberg. There are stops in Heidelberg and Wertheim as well as Wurzburg and Bamberg. One of the best highlights? Visiting the home of Johann Wolfgang von Goethe. 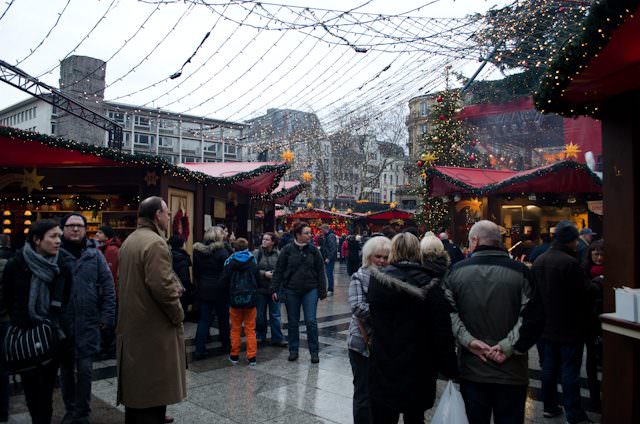 Visitors browse through one of many Christmas Markets in Cologne, Germany. Photo © 2013 Aaron Saunders

Many people like to cruise Europe during the warmer months. While it’s true that Europe can be chilly in the fall and spring, and downright cold in the winter, Christmas Market cruises are something that you won’t want to miss.

Christmas Markets have a long-standing history in European cities, and these markets are not limited to just one river. Nearly every river cruise line offers Christmas Market cruises. These cruises are offered on the Rhine and Danube rivers. Some of the best markets are in Germany, Switzerland, Hungary, Austria, and France. 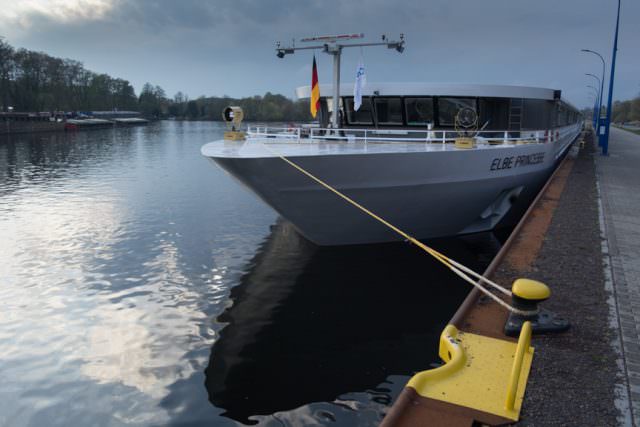 You can travel to Germany from the Czech Republic by taking a river cruise on the Elbe River. It’s a popular route that runs between Prague and Hamburg. You’ll stop in five cities along the route and have an abundance of memories to show for it.

One of the stops, Meissen, is known for the fine porcelain you’ll get to see. In Dresden, there is the Seper Opera House and the Zwinger Palace for you to visit. And in Wittenberg, you’ll get to see the Castle Church up close and personal.

The Danube River is Europe’s second-largest river, flowing through 10 countries. The river is often referred to as the “Blue Danube,” one of Austrian composer Johann Strauss’ most famous waltzes.

Typical itineraries sail between Hungary and Germany between Budapest and Passau. Other highlights include visiting Vienna and seeing the Vienna Opera House or going to Mozart’s birthplace, Salzburg. 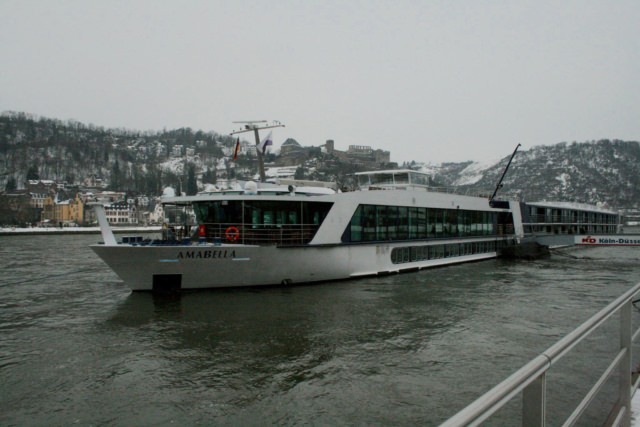 The Rhine River runs for 776 miles through the Netherlands, France, Germany, Austria, Liechtenstein, and Switzerland. It is known as being one of the best river cruises in Europe because of its stunning scenery and amazing castles.

On a general seven-night river cruise through Amsterdam, expect ports and journeys to Basel, Cologne, and Koblenz. During your sailing, you will also sail through the Rhine Gorge. Stops vary from cruise to cruise, of course, but you’ll have plenty of options for where to start and stop. 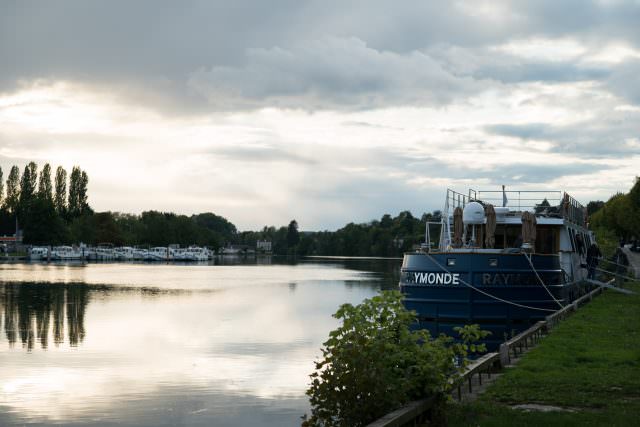 The Seine River runs north through Paris and trickles into Normandy and the English Channel. This means there is an abundance of interesting places for you to visit. You can see Normandy’s D-Day beaches or visit Clause Monet’s famously lived city of Giverny.

All river cruises on the Seine River offer all-day excursions to Normandy’s Landing Beaches like Omaha Beach. You’ll also get the chance to visit the Point du Hoc monument. Not to forget, the American Cemetery is on the list of places to see. 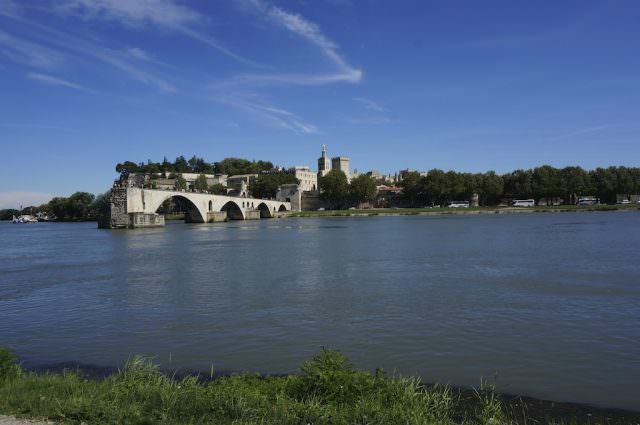 For a smooth sail through Provence and Burgundy, consider a river cruise on the Rhone River. It’s one of the top European river cruises for oenophiles and food lovers alike. Each river cruise shares the region’s super-rich wine heritage and includes various tastings and vineyard visits.