When freedivers and spearfishers plunge into the undersea world, they enter a domain that is as alien as it is beautiful. It is not the natural environment for humans, and they need special equipment to ensure their survival. They also need to rely on their wits and observe rules to keep them safe. In some cases, they will be exposed to the large predators of that underwater realm; sharks.

The very name can conjure images of perfect killing machines, striking fear into the heart. To help reduce the risk of attack, some Spearos carry a device, often referred to as a personal protection device (PPD), that can be used to deter large predators. Officially called a Powerhead, the device has caused controversy over the years, so it is important to understand how and why it is used, and more importantly, when.

Though it might seem hypocritical to those outside the world of spearfishing, the majority of Spearos just don’t see sharks as a ‘game fish’. They happily spend hours hunting down many species of fish and leaving sharks alone, as long as it’s a mutual understanding with the sharks.

Some divers, however, carry a powerhead in case a shark gets predatorial and they need to use it to ensure their safety. But what exactly is a powerhead and how does it work?

The fact that they are sometimes referred to as a personal protection device might give you an idea. Essentially, they are small tubes with a chamber designed to hold a bullet/cartridge. There are many different types available, each adapted for a specific type of cartridge, such as the .357 magnum (the most popular), .22 rifle and 12 gauge shotgun. The .357 is preferred due to its compactness and power, whereas the shotgun cartridge versions tend to be used more on handheld spears.

Ideally, the device is attached to the end of a speargun, ready for use. If used as a deterrent, the chances of screwing the device onto the spear before the shark reaches you are incredibly slim. When fired, usually at close range, the spear hits the target, which then ignites the cartridge. The effect can be devastating. Most powerheads are easily capable of taking down the largest predator without any problem and simply having one handy could bring peace of mind.

Having said this, there are hazards and issues to be aware of: 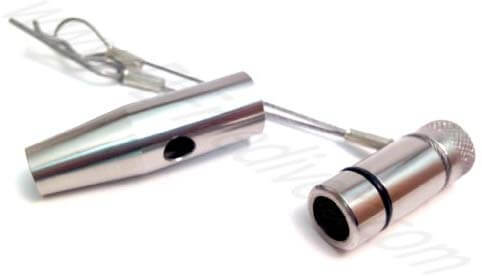 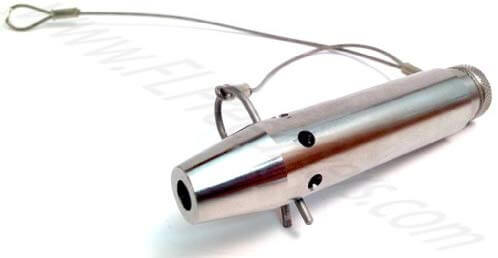 The debate over the effectiveness and ethics of powerhead spearfishing will no doubt rage for some time, but in the end, the choice will be yours alone. Most expert Spearos maintain that leaving the water is the safest way if sharks appear. However, should you choose to use a powerhead stay within the law, use caution, and stay safe.