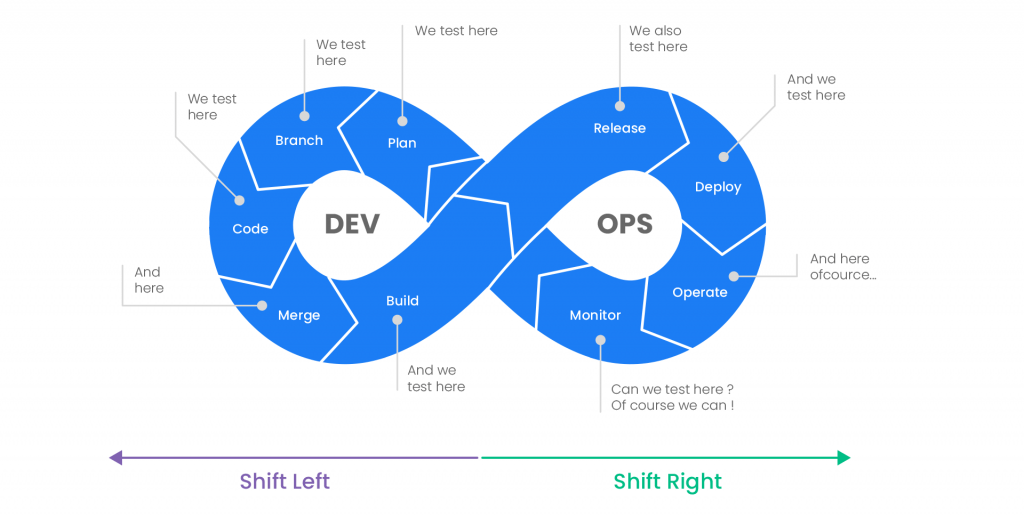 Industry leaders consider CI/CD to be an essential part of the app development cycle as enterprises are keen to reduce the time to market. Continuous integration and continuous delivery help in improving and enhancing the quality of the product while reducing the cost of the project. This blog will help you understand the of a functioning CI/CD pipeline, its challenges, and its benefits. Before we get into the details, let’s have a look at the basic terminology.

Continuous integration (CI) is a software development practice where developers frequently make changes in the code and add it to the central repository after which automated tests are run. CI is the integration stage of the software release process which depends on automation and constant integration. The main goal is to find the bugs and resolve the issue quickly to improve the software quality and reduce the time to market.

In continuous integration, developers focus on smaller commits several times a day. Developers pull the code from the repository before pushing it to the build server where the build server runs various tests to verify the code commit.

Continuous delivery is a software development practice that ensures a faster and stable release of the changes in the code. In this, the changes are automatically built, tested, and prepared for production release. The code changes are deployed to a testing environment or a production environment after the build stage is completed. When continuous delivery is implemented, developers always have a deployment-ready build artifact that has passed through a standard test process. In continuous development, the code revisions to a production environment automatically which allows for a continuous feedback loop early in the development cycle.

Continuous deployment is a bit similar to continuous delivery but is a step further towards process automation. The change that passes through all the production stages is released to the client directly without the need for any human intervention. Continuous deployment accelerates the feedback loop as only a failed test will stop the change from getting deployed to production.

While building an application that will be deployed on the live servers there will be a team of developers responsible to write the code. The developers commit the code into a version control system like Git, from where it goes to the build phase. The built is then sent to the next phase with a proper version tag.

For instance, you have a code that needs to be compiled before execution. When the code enters the built phase, all the features of the code are merged from various repositories and compiled using a compiler.

The next phase is the testing phase where various types of testing are performed. Sanity testing and unit testing are the most crucial part of this process as individual units of the built are tested to check if they meet the requirements.

The builds are moved to the deployment phase after passing the test and then pushed into a test server. Here developers simulate the product in a production-like environment to examine the features.

Before the build features are deployed to production, the automation test phase will perform the final tests to qualify the features. continuous testing is implemented in this phase to ensure there are no bugs remaining.

In case there is an error at any stage of the CI/CD pipeline, feedback will be sent to the development team so that issues are addressed immediately. Thereafter, code changes will go through the production pipeline once again.

In the final phase, the code is moved to the production server after code passes all the tests. The constant feedback loop helps make the CI/CD pipeline a closed process where builds are continuously committed, tested, and deployed to production.

During the CI/CD pipeline implementation, a limited number of shared test environments increases the risks of a bottleneck. You would need to reserve an environment to avoid multiple CI/CD pipelines running side by side from attempting to deploy and test in the same environment. One of the leading causes of deployment failures is misconfigured environments modified by previous teams or test runs.

Sometimes it’s difficult to know who needs to fix the pipeline when the stages fail as delivery pipelines span multiple teams in an organization. An owner has to be assigned at every stage of the CI/CD pipeline who will be responsible to fix the issues and ensuring that the delivery runs smoothly. The owner will also contribute to the feedback-driven improvement of the pipeline.

The orchestration tool used by the team should have an effective security model that could provide better visibility into the state of the entire CI/CD pipeline. For instance, to identify the causes of test failure, the team would have to examine the result of the test phase. But they should not be given permission to modify or disable the configuration of that test step.

There will be multiple CI/CD pipelines in large organizations as they have diverse portfolios spanning different departments, technology platforms, and customers. It would be difficult to analyze metrics like throughput, successful execution, and cycle time if every pipeline ends at different stages in the delivery process. It’s easier to manage a large set of CI/CD pipelines if each one is based on a standard template. This will help in meaningful comparative reporting and it will provide useful feedback to improve other pipelines.

Large apps with several components that need to be compiled, tested and deployed are tough to update incrementally which leads to long testing and deployment cycles. It’s harder to perform quality control and root cause analysis as multiple teams commit several changes at the same time. It’s difficult to create a standardized delivery pipeline as the release process needs to differ slightly. Teams often initiate a workstream to incrementally break out components of the app into different modules so that they can be built and deployed separately, allowing for faster feedback cycles with smaller sets of code change.

CI/CD provides several benefits for your software development team including improving developer productivity, automating the process, improving code quality, and delivering updates to your customers faster. Let’s have a look at some more benefits of implementing a CI/CD pipeline.

CI/CD practices enhance your team’s productivity by freeing developers from manual tasks, working on complex dependencies, and returning focus to delivering new features. Instead of integrating their code with other parts of the business and spending time on how to deploy this code to a platform, developers can focus on coding logic that delivers the features you need.

Continuous delivery provides a method for your team to check-in code that is automatically built, tested, and prepared for release to production so that your software delivery is efficient, resilient, rapid, and secure.

CD can help you discover and address bugs early in the delivery process before they grow into larger problems later. Your team can easily perform additional types of code tests because the entire process has been automated. With the discipline of more testing more frequently, teams can iterate faster with immediate feedback on the impact of changes. This enables teams to drive quality code with a high assurance of stability and security. Developers will know through immediate feedback whether the new code works and whether any breaking changes or bugs were introduced. Mistakes caught early on in the development process are the easiest to fix.

CD helps your team deliver updates to customers quickly and frequently. When CI/CD is implemented, the velocity of the entire team, including the release of features and bug fixes, is increased. Enterprises can respond faster to market changes, security challenges, customer needs, and cost pressures. For example, if a new security feature is required, your team can implement CI/CD with automated testing to introduce the fix quickly and reliably to production systems with high confidence. What used to take weeks and months can now be done in days or even hours.

Continuous integration and continuous delivery is an ideal solution for an organization’s app development teams. Developers just need to push the code to a repository. The code will be integrated, tested, deployed, tested again, merged with infrastructure, go through security and quality reviews, and be ready to deploy with extremely high confidence. A CI/CD pipeline helps improve code quality and software updates are delivered quickly.