What Is the Real Cost of LASIK?

You may have seen some LASIK practices run ads offering LASIK at prices that seem too good to be true.  There are LASIK practices out there that offer prices such as $995 per eye, or even as low as $299 an eye.  The purpose of this article is to help consumers make informed decisions and identify bait and switch pricing tactics when choosing a LASIK provider.  When prices seem too good to be true, they usually are. These “low cost” LASIK providers often charge additional fees for add-ons that would normally be included by a quality LASIK surgeon who provides the highest standard of care.  When choosing a surgeon to operate on something as precious as your eyes, you shouldn’t feel like you have walked into a car dealership.

What is the LASIK Provider’s Cost to Perform LASIK?

There are several components of the LASIK provider’s cost to perform LASIK that this article will explain:

What is the Cost of a Femtosecond LASIK Laser in 2019?

Each of these lasers cost approximately $200,000 to $400,000 depending on their features and capabilities.  What many people don’t realize is that the purchase of the laser itself does not include the fees a surgeon must pay to actually use the laser on a patient.  The manufacturers of Femtosecond lasers charge click fees that are often referred to as “patient interface” fees which typically range between $150 to $200 PER EYE each and every time the laser is used.  Therefore, for two eyes, the cost in click fees just to create the flaps is $300 on the low end. 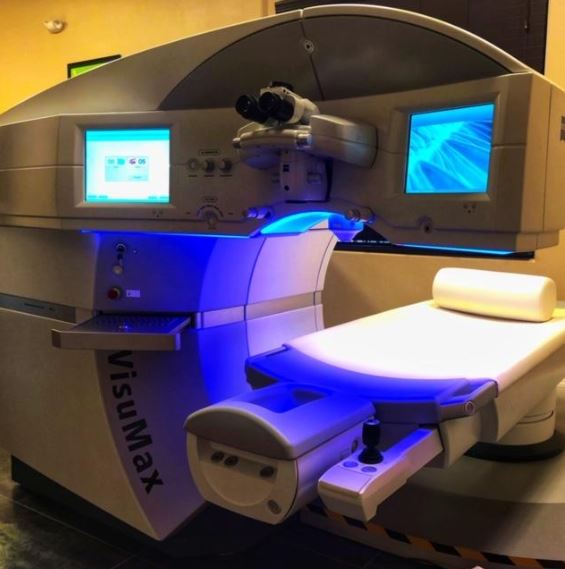 What is the Cost of an Excimer LASIK Laser in 2019?

After the flap is created by the Femtosecond laser, an Excimer laser will then be used to reshape the cornea and correct your vision.  The big LASIK laser manufacturers in the United States charge well over $100,000 for an Excimer laser. The typical range is between $150,000 at the low end to nearly $300,000 at the high end.  The manufacturers of the Excimer lasers (except for the Nidek laser which is not commonly used today) also charge a click fee each and every time the laser is used. The click fee charged by most modern laser manufacturers is between $200 and $300 dollars PER EYE.  Excimer lasers also are true LASERs (Light Amplification by Stimulated Emission of Radiation) which create ultraviolet energy by exciting Argon and Fluorine gas. This gas that is used to operate the lasers typically costs ver $1,000 per tank and needs constant replacement.  Even disregarding the cost of the gas to operate the laser, the total cost in click fees alone to operate the femtosecond laser to create the flap and Excimer laser to reshape the cornea totals approximately $350 per eye ($150 for flap creation + $200 for Excimer laser), and $700 for both eyes, on the low end.  So when you see an advertisement for LASIK for $299 per eye, it is highly unlikely that $299 per eye is what you will be actually paying since at that price, a practice would probably lose money on each and every case performed. 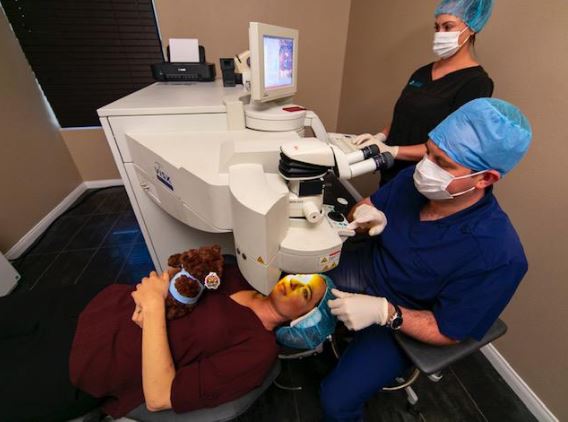 What kind of training does a LASIK surgeon undergo?  How much education do they typically have?

LASIK is only performed by ophthalmologists.  An ophthalmologist is a Medical Doctor (M.D.) that has gone to four years of medical school after he or she has graduated from college.  This procedure is never performed by technicians and it is not performed by optometrists (optometrists go to optometry school but not medical school like ophthalmologists).  In 2019 the average cost of college tuition is $20,770 per year for public colleges and $46,950 per year for private colleges (tuition, books, and room and board). The average cost of medical school in 2019, on the other hand, is $36,755 per year for public medical schools and $59,076 per year for private medical schools per year.  After medical school, an ophthalmologist completes an additional one-year internship, typically in Internal Medicine or Surgery. After this internship, an ophthalmologist begins his or her residency training in ophthalmology which requires another three years of specialized training. Lastly, most of the highly skilled ophthalmologists performing LASIK today have completed an additional one-year fellowship in refractive surgery where they further hone their surgical skills and learn about the finest details of refractive surgery.  Dr. Swanic, at the Las Vegas Eye Institute, obtained his undergraduate education at the Honors College at UNLV at the top of his class, completed his medical school education at the University of Nevada School of Medicine, his internship at University Medical Center in Las Vegas, his residency at Tufts Medical Center in Boston, and finally his Cornea and Refractive Surgery fellowship at UCLA’s Jules Stein Eye Institute. That is a total of 13 years of education and training!

As discussed above, LASIK procedures performed at a reputable LASIK practice normally include at least six to twelve months of post-operative care which are included in the cost of your procedure.  Many successful LASIK practices also tend to spend a lot of money on marketing – the estimate is that each LASIK patient comes at a cost of about $600 worth of marketing. Yup, all those ads that you hear on the radio and see your phone and computer screen cost a lot of money.  After considering all of the above costs, it becomes clear why one should be skeptical of practices advertising prices as low as $299 or even $995 per eye. Even at $995 per eye, the LASIK practice would likely only break even after Laser equipment costs, Laser finance costs, excimer click fees, femtosecond click fees, and advertising costs.  Often times, these low-cost promises are used to lure patients in who are then charged add-on fees for additional services such as post-operative care or for the use of more advanced LASIK lasers. If the price seems too good to be true, it usually is. To find out more about the LASIK procedure please visit the LASIK section of our site. 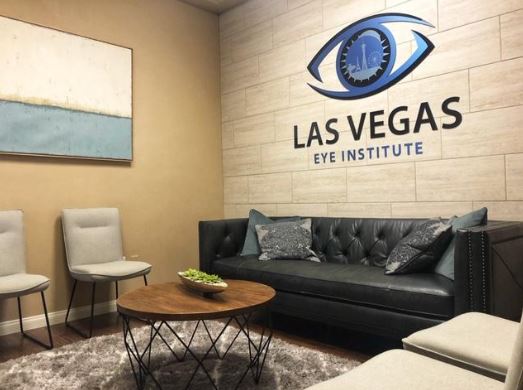